The sky was just turning yellowish pink around the edges when Koko and I set out walking this morning on soil that had been quenched and replenished by the recent heavy rains. After two days of near lock down, Koko was frisky and rarin’ to go, lunging at trucks and whining at the yards of her dog friends in an attempt to entice them out for a sniff fest.

But we encountered only a shama thrush engaged in the high-risk behavior of pecking at something in the street, which was already littered with the blood, guts, feathers and flesh of numerous chickens, toads and other unidentifiable creatures. Rainy days take a heavy toll on wildlife.

Folks are thinking the bell may soon be tolling for Hawaii Superferry, now that the state Supreme Court has scheduled oral arguments for 9 a.m. Dec. 18 on whether Act 2 — adopted in a special session of the Lege so the boat could run prior to conducting an environmental assessment — is unconstitutional special legislation.

My own guess is that the Alakai, sinking under the weight of low ridership and high expenses, won’t be long for Hawaii. HSF and Austal have done what they intended to do — prove the boat can run in rough waters, albeit with a high puke factor — so I’m betting that as they negotiate a contract with Uncle Sam for the recently completed second ferry, they’ll make it a two-fer deal.

Meanwhile, other folks are wagering that the next job held by Gov. Lingle — still on the road for McCain, where she’s blaming Dems for the economic problems — will be at JF Lehman Co., the big bucks behind the HSF (aside from taxpayers). That would give her two years in the board room of a high profile company to raise the outside money she needs to run a Senate campaign in 2012. That scenario sure explains her major suck-up to Superferry.

In national elections, I got an email from a friend in the swing state of Colorado who has been campaigning hard for Obama. She wrote:

I'll be glad when it's over; I've been way too anxious the last few weeks. I've heard the same thing from a lot of my volunteers. The thought of McCain/Palin winning is too scary to contemplate and no one trusts the GOP not to pull some shit! I must think positively!!!

I think a lot of people are wondering what dirty tricks the GOP has up its sleeve, aside from the ongoing legal challenges of voter registration and vote flipping on electronic voting machines.

In local elections, The Garden Island is running another one of its meaningless on-line polls that shows JoAnn beating Bernard, with 52 percent of the vote. Let's hope this is one time when it's accurate, because the thought of Ian Costa continuing as planning director is too loathsome to imagine.

In an effort to be a well-informed voter, I finally got around to reading all the proposed county charter amendments. While some sound good in principle, the way they’re likely to play out on Kauai is a different story.

Take the idea of creating a new position of county auditor. Yeah, it would be great to have more oversight of county funds and functions. But in reality, it would just turn out to be another high-paying county job given out as a political favor to someone who doesn’t do anything.

You know, sort of like the County Attorney, who doesn't bother to attend county meetings. I thought of that when reading a story about the planning commission’s decision this week to reauthorize permits for those two controversial, unneeded and unwanted resort projects that would add 547 new units to the already maxed-out Waipouli area. The article stated:

Still, Chair Steven Weinstein, who voted against the permit when it was originally approved by the commission, said he believed it was too late to revoke the permit and instead encouraged fellow commissioners, including troubled neophyte Herman Texeira, to consider only the amendments before them.

Now, we have members of the public and an attorney for Native Hawaiian Legal Corp. telling the commissioners they have more options than they realized, yet Weinstein is going by what he believes. Where was the county attorney assigned to the commission? Why not ask him or her for legal advice instead of relying on Weinstein’s opinion?

Anyway, since it’s Halloween, I’ll leave you with this graphic, created by a friend of KauaiEclectic. Oh, and guess what the most popular mask is this year? Sarah Palin. Yes, who is behind that carefully constructed façade? 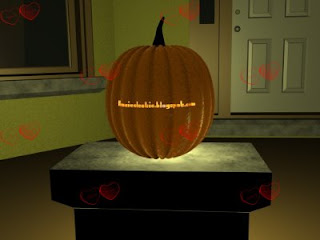 How many people on Kaua`i do you think even know who Ian Costa is- much less that he is responsible for the horrors of recent over development... much less that Bernard would apparently keep him as Planning Director while JoAnn would very apparently replace him.

Where did you get the info on the HI Supreme Court hearing oral arguments on Superferry? I'll post it to the email list once I can put its source.

Unfortunately, Andy, not nearly enough people know who Ian is and the bad stuff he's done, and is likely to keep doing if Bernard keeps all the administrators, as he's said he will do.

John, the info about the Supreme Court hearing came from Maui's Dick Mayer.

It was the idiot county attorney that, in executive session, advised the commissioners to amend the conditions and misleading them into believing nothing else could be done. Thatʻs why Weinstein and Texeira and Hollinger were waffling about what their options were; the county attorney had just given them some very bad advice. And as Texeira said, he felt as if his hands were tied.

Not only that, they were in complete and utter incomprehension of what had just been DICTATED to them by the county attorney. In other words: it didnʻt make sense.If it had been sound advice, it would have made sense.

After the hearing I came to a realization that perhaps Judge Watanabe had put a gift on the table but nobody utilized it: SHE REMOVED THE CONDITIONS-AT THE REQUEST OF THE DEVELOPERS !!!!...(Maybe they realized their mistake and WORKED the stupid, egotistical county attorney to play right into their hands) Watanabeʻs ruling actually made the application approval VOID. Because the approval was granted ONLY if the conditions were in place.

Interesting observation, Nunya. And since Kathleen Watanabe used to be a county attorney, and a good one (she even attended all the council meetings), then she certainly knows how that system works.

Nunya is wrong. The commission imposed illegal conditions on the developers. Those conditions fall away. The approval was not voided, the conditions were. The county attorney had it dead on right. The county has no right to revoke the approval.

is it possible to petition the commission to reconsider? it sure seemed like the door opened to reject the proposal but due to the ignorance or incompetence of our county government we have to wonder what are they thinking?

"Nunya is wrong. The commission imposed illegal conditions on the developers. Those conditions fall away. The approval was not voided, the conditions were. The county attorney had it dead on right. The county has no right to revoke the approval."

Take a deep breath and read my post s l o w l y...you seem to have gotten yourself all worked up, whoever developer you are.

First, the conditions were not illegal - they are conditions that almost certainly have to be imposed.
Second, I never said the approval was voided...it SHOULD have been voided once those vital conditions were removed.
Third, the attorney shammed up a good opportunity.
Fourth, I believe the Planning Commission has EVERY right to revoke permits especially when they are acquired on bad faith which is an area of law expertise that is too far over this attyʻs head.

And I donʻt believe the conditions ʻfell awayʻ they were removed by the court then amended by the commission at the direction of the county atty. Also a subversion of the publicʻs interest.

First, the conditions were illegal. The judge said so.

Second, you said, "Watanabeʻs ruling actually made the application approval VOID" so you did so say the approval was voided (you should take deep breath and read your own post slowly).

What I could have said was Judge Watanabe enabled the Planning Commission to VOID the approval and go back to the beginning.

Are you saying the ʻPlanningʻ Commission cannot impose conditions?

Can you be a little more specific or are you just blogging into the wild blue yonder?

short of proving fraud and/or misrepresentation on the part of the applicant/petitioner, i would suspect that anything granted/approved/offered (whatever the right term is) by a planning/permitting-type municipal body --- and then (and this is important) -- "reasonably relied" upon, even to a small extent, by the applicant petitioner means that afterward...should that body look to retract/revoke (~ "take back" that which was "reasonably replied" upon by the applicant (developer here)....well, it is an easy lawsuit based on contract law 101 (among other "causes of action" probably). i know that may seem unfair...but i would offer this as an example of working to make sure public employees are hired per professional merit, as they tend to make better decisions. thanks