I love this wild and windy weather, when the albatross and iwa soar effortlessly and the curls are shorn from the tops of waves and the ironwoods murmur and sigh.

So much to sigh about, like Senate Bill 1342, which would allow the state government to seize your assets — including land — for conviction of petty misdemeanors like harassment, attending a protest or having a couple of joints. Here comes da clampdown. As Big Island Now reports:

“S.B. 1342 expands asset forfeiture to petty misdemeanors, which means that individuals who commit minor crimes, such as trespassing on private property or staying in a park after hours, are subject to asset forfeiture,” said Laurie Temple, a staff attorney and legislative program director for the ACLU of Hawaii.
The way forfeiture works is they snag your stuff and you've gotta prove it wasn't used in a crime. Sen. Malama Solomon, one of the architects of the PLDC, introduced this crappy bill, which is so bad that even Hawaii Island Prosector Mitch Roth labeled it “Draconian.” Yet it's still headed for the Judiciary committee. Ever get the feeling lawmakers aren't really working for you?
Meanwhile, Hilo High School librarian Amy Okuyama doesn't want Big Island peace activist Jim Albertini to say anything bad about the military or give information on how to protest its activities when he speaks to students there next month. In an email sent to instructor Joseph Watts, Okuyama writes:
I respect Mr. Albertini and the freedom of speech, but within the library, I want assurance that he will be objective and factual. I'm concerned that this will not be the case for the simple fact that Mr. Albertini not known for his objectivity and is very out-spoken about his views. If the presentation will be strictly informational with zero negative slants, I will be fine with having the speaker. However, if it turns into a forum of Mr. Albertini's personal negative views/examples to our students, I will be against library use for the subsequent presentations. Again, I welcome him, providing he remains objective and dispassionate, just present the facts of the "history of military presence in HI. etc...." without diversion into any negative viewpoints.
Of course, just the facts is pretty damn damning, as I've reported at length. But since when does a school librarian get to be an arbiter of campus free speech? Is she, a self-described “military mom,” even able to determine what is truly a "negative viewpoint" or "objective?" Meanwhile, the recruiters and JR-ROTC get to present their propaganda unchecked. And we wonder why kids don't learn any critical thinking skills....Not that we actually want them to have any.
The St. Regis Hotel made some new enemies on Friday night when it set off fireworks from the beach for a private party, creating a din that folks as far away as Haena and Wainiha likened to military bombs or continuous loud thunder. One resident termed it “Totally rude and intrusive.” But since when has that stopped any activity that caters to the North Shore tourists?
As a beekeeper — and human who likes to eat — I'm getting very nervous about the future of honey bees. The most recent alarm was sounded by San Francisco Gate, which reports there's a shortage of crucial pollinators for the soon-to-bloom California almond crop. Some 2 million bee colonies are trucked to the Central Valley from all around the nation, but even that's not enough to meet the demand. Already reeling from drought, colony collapse disorder, loss of forage due to ethanol production, transit shock and pesticide exposure, the poor bees must work faster and harder.
You know, the highly efficient industrial model, applied to animals and agriculture. As UC Davis bee specialist Eric Mussen so astutely notes:
"When you stress them far enough, the bees just give in."
Meanwhile, the slave laborers are fed sugar and GMO high fructose corn syrup because their keepers steal all the honey. Not surprisingly, some beekeepers lost 75 to 99 percent of their hives this past winter, and many of the surviving hives are weak. But instead of saying, OK, let's step back a minute and change this sick scene, the high-pesticide-using almond growers are looking at ways to ace honey bees out of the picture, as in developing a "self-compatible" almond tree, which can set nuts using pollen transferred among its own flowers, thereby needing fewer bees.
But in the meantime, the almond industry still depends on bees, so they'll pay the beekeepers more to work their bees harder and then kick 'em all aside when they've sucked every last drop of honey and energy from them.
Because who the fuck needs nature, anyway? We've achieved better living through chemicals. Or so the seed-mutilating chemical companies would like us to believe.
Not everyone, however, is drinking that Kool-Aid. It's really good to see the younger generation, and especially the local kids, speaking out against pesticides and GMOs, as in this rap video by Hood Prince, "Monsanto, You Gotta Go." And Syngenta, DOW, DuPont, BASF and all the rest.
If you'd like to get up to speed on the whole GMO issue, check out the primer I did for Honolulu Magazine back in 2005. I posted it over on my other site, PIKO. At the time it was published, Hawaii had hosted more than 4,500 open-field tests for experimental GMO plants — more than any place in the world — and the seed industry was valued at about $50 million in Hawaii. It's now worth $220 million, as in quadrupled in eight years, as in getting more and more entrenched.
As I reported then, people were asking such questions as:
What is being grown, and where? Will transgenics harm people, animals, the environment? Do the potential benefits outweigh the possible risks? Are existing regulations adequate, or properly enforced? Can GMOs be prevented from going places where they're not supposed to be?
Sadly, we're still asking the same questions, because nobody — not our lawmakers, not state or federal regulators — are making them cough up any answers. Sigh....
But eventually, it's all gonna come out. 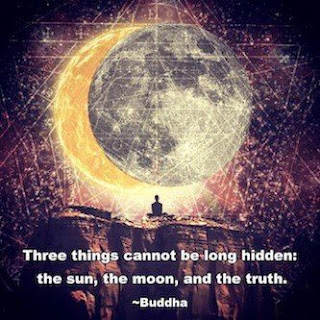 Senator Solomon created this bill in response to all the protestors that have turned out in full force to oppose the PLDC and GMO industry. Her intent is so transparent, to target her enemies that have signed petitions to get her removed as committee chair, who have protested every PLDC hearing or democratic party function (aka the govs visit to Kauai). Trying hard to stifle civil disobedience when the public doesn't buy what our "represenatives" try to shove down our throats. Would they prefer a revolution instead because maybe that is what it will take to get them off their high and mighty pedestal.

The earth will survive Joan but at this rate, humans won't be around to witness it.

I have complete faith that regardless of whether this bill passes or not, our Prosecutor's office will not enforce it.

2:26 -- The bees are far more noble and worthy creatures than someone like you, who will no doubt remain enslaved to your ignorance, selfishness and lack of empathy.

That forfeiture law is the best example of democracy in action. And she keeps getting reelected!

Yah........many people just don't get it about bees. Disconnected from the Reality that is Nature.

No bees no food, no fruit, no vegetables, no seeds....No Eat!

This is not a video game. Un-plug and don't worry about it.

Our grandchildren will suffer when they are our age......unless we can affect Change.

We don't need an asteroid to destroy the world, we have Wars, and corporations like Syngenta and Monsanto.

There is no right of survial. Just feel lucky you got to enjoy your brief stay.

CCD- colony collapse disorder is not only a thing that's happening in the US but it's a world pandemic.

These ignorant people who have 80k and 100k county jobs are undereducated and unqualified in these matters.

Bees are important to our ecosystem and it helps pollinate 80 percent of our fruits, vegetables, and flowers.

These fools shop online and go to the supermarkets falsely believing that all is good with GMO products but these county welfare recipients dont read and educate themselves about real issues. I guess when you are apart of the problem then solutions aren't in the equation.

Get a real JOB(that you burdens are qualified to do)- you Nepotistic Fools!!!

But then again itʻs her ʻopinionʻ that is negative and to deny Albertini is denying his freedom of speech.
Must be one of those 2nd wives of a retired military man. You know the ones that come along and mop up the assets after the first wife has given children and sacrifice for years.

"Truth is lke a slippery fish"....tell me when you can hold ione.

"noble and worthy..." Are you seriously attributing such traits to a mindless insect?

What makes a bee more noble than a mosquito?

You are SO wierd Joan Conrow.

Do you really advocate empathy for bees?

Would you also ask me to not give my cat a flea bath so that I do not wreck their "natural habitat?"

the simple fact of the matter is that joan is so far to the left as to be just as out of touch with the mainstream as the tea partiers are to the extreme right.

luckily the left doesn't listen as much to the wackos of its party as the right does.