It's ironic that I'm here in Portland, land of big rivers, 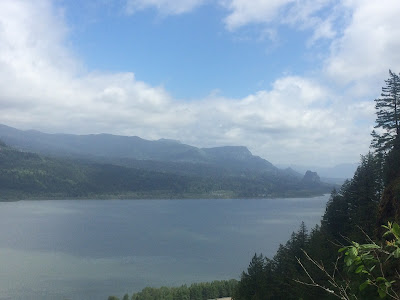 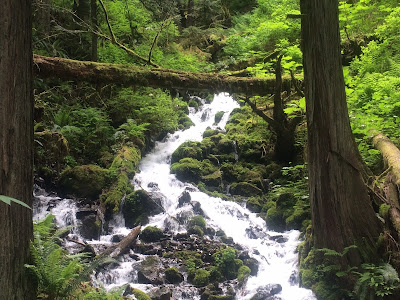 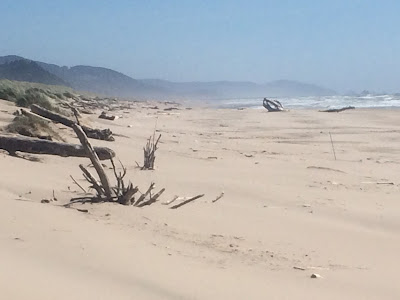 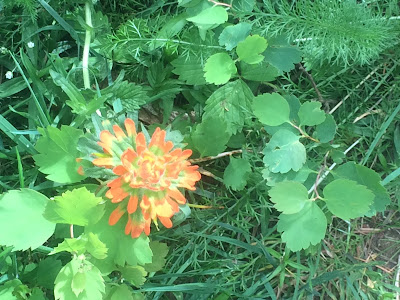 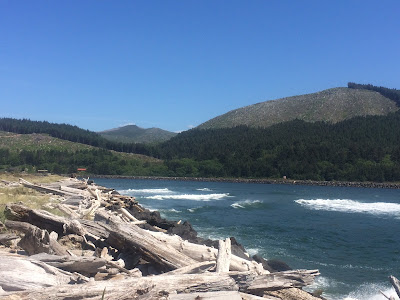 at the same time that Portland activist Paul Cienfuegos is on Kauai, touting an admittedly illegal ordinance that would allow the county to “expel any corporation that threatens the health and safety of the community.”

By which is meant any industry they don't like — anti-ag activists Bridget Hammerquist and Gary Hooser joined Cienguegos — but not those providing conveniences they do like, such as gasoline, electricity and airport trips from Portland.

Cienguegos is a member of the Community Environmental Legal Defense Fund, which uses a strategy similar to the one employed by the anti-GMO movement: target small, easily manipulated, rural communities and dufus politicians and enlist them as pawns in a national political strategy:

We are not a typical environmental organization. We assist communities to develop first-in-the-nation, groundbreaking laws to protect rights – including worker, environmental, and democratic rights, and rights of nature. CELDF provides free and low cost legal services, grassroots organizing, and education, to communities, states, and countries facing injustice.

It's exactly what Center for Food Safety and Earthjustice did with the anti-GMO bills. While these strategies benefit the "nonprofit" groups that push them, both in legal fees and fundraising tools, they also cost taxpayers big money and create significant community polarization.

We see Hawaii Center for Food Safety director Ashley Lukens trot out that same “injustice” claim in an article on pesticides published in this month's Hawaii Business magazine.

The story ends with Ashley saying Malia Chun's undocumented claim that seed crop pesticides gave her asthma “illustrates the class issue raised by pesticide exposure in Hawaii. It's significant, Lukens notes, that it's been places like rural Kauai where the debate has been focused, and where pesticides continue to be prevalent even after apparent exposure at local schools.”

Uh, the debate has been focused on Kauai because that's where CFS and Earthjustice found a chump politicians (Hooser and Bynum) willing to carry their flag and an anti-GMO group willing to stir up fears in the populace and a bunch of newbies willing to jump on the bandwagon so they could feel like they belong on the island.

But hey, since when have the facts, or logic, ever had anything to do with what is at heart a blatant attempt by non-Hawaii folks to wrest political control of the Islands — at any cost?
Posted by Joan Conrow at 5:38 AM

He hopped on a carbon spewing jet plane, flew across the Pacific to lecture about the environment? Wonderful.

Joan, you always do such a good job of expressing what so many of us are thinking. Thank goodness for your clear thought, research of the facts and able communication.

I agree with Manuahi.
Thank you Joan.

Correct! There are MANY other states that are focused on anti-gmo causes. They pinpointed at Hawaii because the seed companies have access to much more sunlight for growing and research of plants than in the upper 48.

8:04. Yes there is antiGMO activity elsewhere. But the money and activism is strategically targeted to places with small electorates, like Vermont and the Neighbor Iskands. You notice they didn't try to pass any ordinances on Oahu.

Joan, didn't, you fly by jet to Portland? Are you opposed to civil disobedience as a means of seeking justice?

Not to get too heavily into semantics here, but exactly how many "first-in-the-nation" laws can one have?

CELDF, brought in from the outside to tell the locals what to do.

Thank you Joan for continuing to provide sanity and clear thinking to this convoluted process.

Reading your blog is like taking a deep breath of fresh air. Please keep on writing and telling it like it is!

The best way to muzzle Da Hoos and at least put his rich mainland friends and his fellow Fistees into the closet, is to not re-elect him in November. We got rid of Crybaby Bynum. Now it is time to get rid of Da Hoos, JoAnn and Mason.
Da Hoos is a sellout to the mainland Fistees. JoAnn is a Banana, entrenched in her own fantasy. Mason (poor thing) has a comprehension problem.
But Maybe Mel needs to be shown the door, as well.
He has posted in real crybaby fashion (ala Bynum)
"If you have been contacted by anyone alleging that I am trying to push this through, feel free to contact me so that I can explain the history of this, and the process that will follow" referencing his obvious support for the County Manager system. BTW, the last time a big shot County Honcho was brought in was when Joann brought in a pretty boy liberal pseudo-intellectual from the East Coast to run the Planning Department. A real fiasco as "local style met a JoAnn Metro-sexual type". He ended up with his bun-huggers in a big pinch and ran away fast.

Anyway, Mel seems to be riding sidesaddle on this Manager issue. The last thing we need is a County Manager. Let us elect our fearless leaders, even if they triple the budget and hire every friend they have, like Mayor Bernard has. We deserve the politicians we elect.
Mel, as Council Chair you have done nada, zilch, nothing. You just bobble-head along with the Mayor and spend the island into bankruptcy, you ack like you no like JoAnn and Gary, but guaranz-ball-bearanze you three are allout to take what you can get. At least Da Hoos and JoAnn pretend to have a "higher calling", you just seem to drift in and out in political double speak.
Kill the County Manager proposal. Don't you think that Da Hoos' and JoAnn's anti-Ag, anti-Local strategies have done enough to fire up the Local/Haole divide? Now you want to bring over some shiny shoed shyster from LA or SFO to pillage our coffers? Holy Smokes Mel, just think of your sleek limp-wristed manager out in a pasture with some sh*t-kickin' Howdy, Portuguese cowboys. A real Tonto "Whachu mean we, whiteman" moment.
C'mon Mel....speak your mind...either you are FOR or AGAINST the Manager system There is no in-between. But just a heads up, if you are for the Manager system, kiss your political career bye-bye, besides how are you going to be Derik's Admin Asst if you 86 a Mayor? That 100,000 per year Admin job sure would engorge your pension.

10:13 Joan ain't there to lecture about the environment. If you don't see the irony, can't help you.

"referencing his [Mel] obvious support for the County Manager system."

Absolutely! Put in a County Manager to do all his work and Mel can be back slapping 24/7 and still get paid the big bucks for it!!! What a job! I'm running for Mayor!!!! And I kiss babies!

Our cesspools are full of shit from the outside interests. No need for any more. Our dog cages which used to hold redshirts are empty. Chicken little has been shot and eaten already. Why venture into something already been covered? Get your ass out of here with your nonsense.

These groups and their tactics remind me of a group in Northern California West Marin County called SPAWN. Literally tore the community apart. https://en.m.wikipedia.org/wiki/SPAWN

11:22pm - you missed the Sierra Club, Surfrider Foundation and the Native Hawaii Legal Corporation. They are all in this for the same reason.