Musings: Waiting for the Blue

I love watching the full moon rise, all bold and yellow, juiced up for its journey across the black expanse, and then seeing it set the next morning, cozying into the blushing mountains, still round, but pale, white as a sky waiting to be blue.

I think a lot of folks are waiting for the blue, looking for the dawn, a fresh beginning, hankering for the hope that accompanies the start of each new day.

For me, it's the idea of how Kauai can heal, mend the fractures that have split the community over pesticides, GMOs, dairies, different belief systems, opposing points of view.

And then, among the wasteland that is The Garden Island, I saw the smiling photo of the Rev. Kaleo Patterson, and a little article on how he's going to be speaking at “The Spirit That Heals” seminar tomorrow, delivering a keynote address titled, “Aloha is Peace.”

It got me thinking about the work that Kaleo has done on reconciliation, indigenous peacemaking practices, the challenges of answering questions like these:

While these queries typically have been posed about America's illegal overthrow of the Hawaiian kingdom, they're equally valid when dealing with the issues dividing us today.

Do have to keep waiting for apologies that likely will not come before we can move forward?

I've heard some folks say we need to engage in ho'oponopono to set things right. It's a practice that's frequently misunderstood, and in an article I wrote some time back, Kaleo provided an explanation:

While it’s often purported to be an ancient tradition, Patterson isn’t so sure. He notes that Mary Kawena Pukui, in recounting all the family traditions of Hawaiians in her 1950s book, The Polynesian Family System in Ka’u, made scant mention of ho’oponopono. “The one reference is to healing. If you want to be healed, you should go through ho’oponopono first, you should cleanse, release. It’s the beginning of any healing process.”

We don't need the apologies or forgiveness of others to cleanse, release. Just as we don't need to wait for others in order begin practicing what Kaleo sees as the foundation for ho'oponopono:

It sounds cliche, but I’m talking about aloha. This is rooted in love, forgiveness and compassion.

As someone who often uses words as lethal weapons, I know how easy it is want deliver a death blow in a dispute. It's much harder to sit down with an opponent and lay our issues side by side on the table, without the desire to dominate, or be right. But that's where I hope the joint fact-finding group on pesticides, which convenes today, can take us by collecting some body of evidence, finding some science-based middle ground, that can inform our next steps as a community.

As a farmer friend recently noted:

There's no justification on either side for banning GMOs and pesticides, or adopting them wholesale at the exclusion of any other sort of agriculture. We can use the best practices from both approaches.

Though just the other day I saw a letter from an anti-GMO activist that claimed, “There can be no co-existence,” I don't buy it. Universities and agricultural groups are developing methods for co-existence between organic and biotech farms, including buffer zones, spraying notification, GPS technology and other protocols that are mutually agreed upon by people who are highly motivated to find a resolution.

It's called radical collaboration, and we can use that same approach to find ways to co-exist as human beings with different points of view. Because nobody's belief systems are likely to change anytime soon and bullets, be they actual or words, do not deliver an enduring solution.

We've got to try something new. 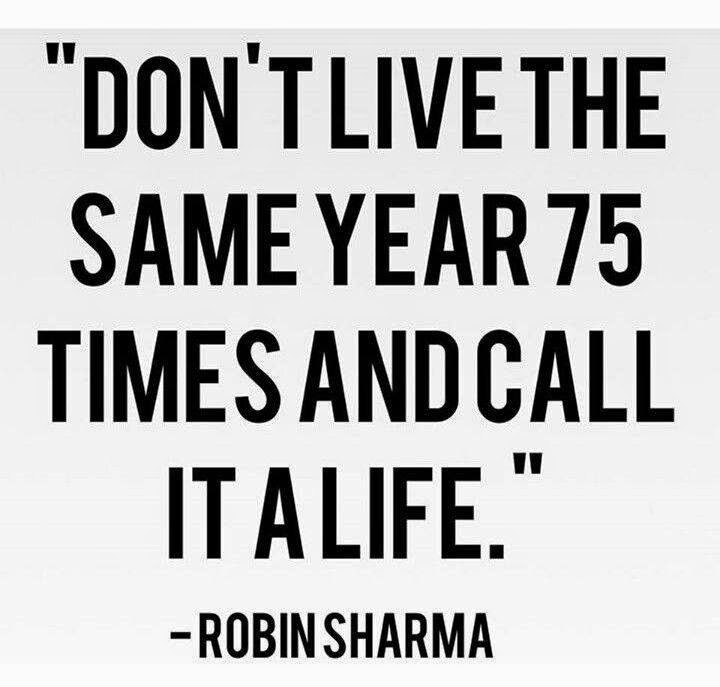 peacemaking, ho'o.pono.pono, forgiveness, apology should start with you and this blog! Mahalo Kumukahi!

Thank you Joan.
A good start toward any "even keeled" discussions should start at the Council.
The Council has been the nuclear center of many of the actions that have extended out into the community and driven wedges and fire into the public. the Council and a three of it's members have done a good job on setting back Local/Haole cohesion....even if half the locals are hapas. The Local/Haole footprint has been exacerbated by three of the Council....it should stop, now.
At any given time Kauai is made up of young people trying to make their way, druggies looking to get high, business people trying to survive (how many over the years have lost heart, home and money), football clubs, wealthy transplants and a a huge population of government workers who clock their paychecks with not on care in the world. All Kauai people, all part of the mix. And we all rely on our leaders.
The public sees the Council addressing property and personal rights issues and small problems. Issues that are usually set in law either in the Constitution or State rule. The Council's deliberations are meaningless and inconsequential, all they do is push smoke up a lone chimney.
The basics of local government obligations suffer. Higher trash, auto, etc fees. Roads are in disrepair and are inadequate to handle the population, the County spends more than it makes, County lawsuits willy-nilly etc.
There must be a promise from the Council to try to act with a modicum of harmony and good nature.
Right now, there is a fog of one-up-manship and ego mania that seem to permeate all Council meetings.
There are many issues, upon which we disagree....but there are far more things upon which we all agree. We all want happiness for our kids and neighbors, good health, more money and at least a belief that our County Fathers have the ISLAND as a whole in their hearts and minds as they lead us.....or an the other hand we can all say "Bite Me" and hope that our words do not carry future ramifications.
But overall as I look (and know personally) at the Mayor, Mel, Ross, JoAnn, Kipikai, Arryl, Ross and Gary -they all love the island. Now if only a couple of the Ego Stars would shut up and let the rest of the Council/Admin run the island we will be OK.

And your blog Joan, with words of fire or sublime poetic grace....has an impact. Your blog is read, disdained, extolled and feared. One woman with a pen...read by who knows how many....but the words carry weight.
Maybe you can write a couple of puff pieces that imbue harmony, joy and fluffy shallowness. Those ol' TVRs, bad laws, mob mentalities, fiscal inaccuracies, lies, deceit and bombastic egos can wait.
I appreciate your intellect, words, caring and I thank you for the time and energy it takes to put this blog in front of so many people. You are a good one.

Bob Marley -- War
Until the philosophy which hold one race superior
And another
Inferior
Is finally
And permanently
Discredited
And abandoned -
Everywhere is war -
Me say war.

That until there no longer
First class and second class citizens of any nation
Until the colour of a man's skin
Is of no more significance than the colour of his eyes -
Me say war.

That until the basic human rights
Are equally guaranteed to all,
Without regard to race -
Dis a war.

That until that day
The dream of lasting peace,
World citizenship
Rule of international morality
Will remain in but a fleeting illusion to be pursued,
But never attained -
Now everywhere is war - war.

Ho'oponopono was a real practice among Halele'a Ohana, and was commonly done in a highly traditional and ritualized manner well into my own lifetime recollection.

Forgive me if I am wrong about this, but was there not some sort of controversy or issue involving Kaleo Patterson and the churches in Anahola and Kelia? I could be wrong. Could you please enlighten us on that, Joan? You are a very good investigative blogger.

I believe it had something to do with funds. But as I said I could be completely wrong.

I remember him well, and then suddenly he was not around anymore. Has he returned to Kaua'i?

I remember him as a very charismatic person with a powerful oration style.

Reconciliation. The pain caused on the westside is the result of the way the companies there have treated the locals. These same problems have shown up in countless communities around the world. Going beyond the issues of gmo and pesticides, we come to the underlying issue of aloha ʻaina. The companies have failed miserably and are now suffering the result of their disdain for their neighbors and the ʻaina. Instead of listening to their neighbors concerns and working together to solve the problems, they end up going to court and wasting millions of dollars- here and all over the world. And it is not the employees who are to blame- they are caught between a rock and a hard place. All blame must be placed where it belongs- with the ceoʻs and upper management of these companies. Why on earth does Kauaʻi think that companies like these should be a part of our future? We can do better than that, canʻt we? Please do not blame local residents, moms, dads, teachers, doctors, students who have become disgusted at the way these companies have treated our neighbors. Kauaʻi does not need companies which create disharmony, disruption of lives, confict and suffering with their neighbors. Reconciliation can begin when the top dogs of the companies apologize for the suffering they have caused and then sit down with those in the community who have been affected the most (westsiders who live next to the companies fields) and agree to search for win-win situations based upon the principle of aloha ʻaina.

Yes 10:57, you're completly wrong about the funds so you can stop parlaying that piece of unfounded dirt. He left because he was a little too radical for that very conservative church.

WAR against Kauai's Home Grown Terrorists the syndicate pig mafia and all of their SLAVES. This is my WAR. This is your WAR. Never forget Kauai's Unsolved Murders This is War

12:00, Does Princeville corporation practice aloha aina? Does the Hyatt? Are the golf courses maintained with aloha aina?

@2:55- That is a good question. Have Princeville corp, Hyatt or golf courses created serious problems for their neighbors and then refused to collaborate to solve the problem, thus ending up in court? I do not know. Aloha ʻaina does not only means taking care of the land, it also includes taking care of people. If it is found that P.corp, golf courses and Hyatt are creating severe hardships for their neighbors, I hope they will take a different course than some of the westside seed companies have. No one should have to go through all the trials and tribulations for such a long period of time like locals who live next door to some of these companies. It is the responsibility of the companies to maintain good relations with their neighbors. Good companies make for good neighbors, donʻt you think?