We go out walking beneath snakeskin clouds that crowd a blue-gray sky. Waning gold moon above, and the tiny white shell of a just-pipped egg below a Norfolk pine, speak to the inexorable passage of time. At the beach, the tide is low, and an iwa hovers, tail twitching, as honey bees work the heliotrope flowers.

On the surface, all seems right with the world, though some researchers warn we've already passed the environmental point of no return, as a recent piece in the generally staid Scientific American reports.

“Are you still worrying about that article?” asked the friend who forwarded it to me last week, when I raised some of its sobering points in a conversation the other day.

“Nah,” he replied. “Technology will figure a way out.”

Ah, ye olde science to the rescue. Coincidentally, I was reading "The Week" the day after our talk and discovered, through the text on a full page ad, that Dow has already trademarked that belief through its updated slogan: “Solutionism. The new optimism.”

I guess “better living through chemicals" wasn't going over so well these days.

Speaking of which, 17 westsiders have filed a second suit against Pioneer Hi-Bred — the subsidiary of another seed-growing chemical company, Dupont — and its landlord, Gay & Robinson, over erosion and pesticide-contaminated dust from the GMO seed fields.

I find it disturbing that the defendants have gotten the first such suit, filed last year on behalf of 194 residents, moved to federal court — as in Honolulu, as in Kauai people will have to fly over to participate, as in the jury will more likely comprise city folk who don't really get what it's like to live surrounded by hundreds of acres of industrial ag.

Of course, the fields are only one part of the picture. Here's a little peek inside the Syngenta facility, another GMO seed-maker: 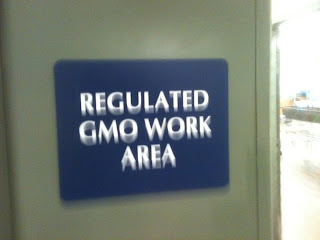 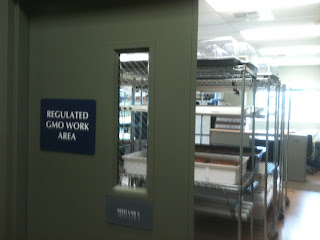 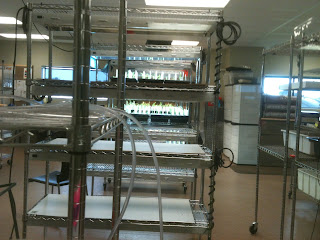 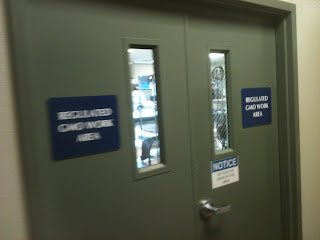 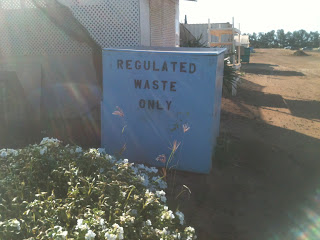 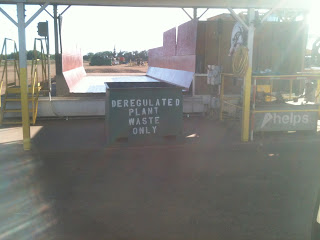 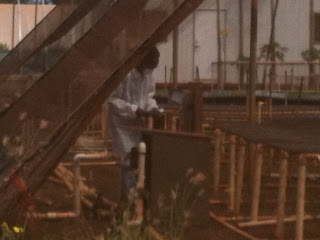 Meanwhile, as I report in the Honolulu Weekly, the state is moving to adopt new rules for regulating pesticide use in and around waterways. Conservationists are concerned that those who use pesticides played too great a rule in drafting the regulations. DOH's Gary Gill says "stakeholders" often participate in such sessions, and it's nothing out of the ordinary.

Perhaps not. But it does seem just a tad unfair that some folks get to sit at a table and schmooze with the government officials as they draft the rules, while others get three minutes at a public hearing to respond to them.
Posted by Joan Conrow at 8:49 AM

Just google these companies and you will find so much toxic information about GMO. GMO companies have killed, destroyed, contaminated, people lives, soil, water supply, air quality, food, and the FDA lists them as the most toxic producing sites in the world. Say No to GMO

Here's a link to GMO scariness

Many people think all this "paranoia" about pesticides, herbicide contamination and food GM contamination is all BS. They chose to believe in "solutionism" and trust our government for "real" information....
.....but wonder why kids are born with birth defects, and people develop cancers as life's mystery or God's punishment of them.

Have another beer and stick your head in the sand, while politicians and government officials fill their pockets with chemical company money and perks.

No one ever said that life was "fair" or "even". Although it's been said that "crime doesn't pay", it really does.

"The good guys always win"?...nope, again. "Right/Truth will win out in the end"?...you're backing a loser, again.

"Fighting the good fight" is seen as, at least, taking the moral high ground. A personal anesthetic at best.

"All that it takes for evil to win is for good people to stop opposing it." Guess what, evil wins pretty much no matter what, in the long run.

Realists, like myself, accept the world for what it is and learn to profit from it. Let the future generations, if any, play the hand they are dealt in the grand scheme of things.

Climb the ladder of personal success and then relax in an easy chair and merely observe life's grand tragicomic pageant.

You're mileage may vary.

Thanks, Amy. No, I don't think "solutionism" is a word — even if it is trademarked.

Btw, folks, Amy has a great blog, HealthTwisty. Arsenic with your chicken, anyone?

Maybe this is how we get rid of GMO just keep sueing them.

Can we get something on the ballot to get them out of Hawaii?

There is no rule of nature that says humans can't become extinct. Only your inflated egos tell you we will be here for infinity.

True. We took a planet that provides us with clean water and air and arable land and fucked it up. We don't deserve what we were given.

I really like the comment "Can we get something on the ballot to get them out of Hawaii?" I love that comment those companies are so powerful they seem to get there way in congress and every else as they have there people everywhere lobbying for them. They do provide jobs but we don't need that kind of jobs here in Hawaii because they don't care about our aina.

After Kauai gets rid of GMO, we can get rid of KIUC, drugs, corruption, solve the unsolved murders and rid the county of Nepotism. Anything is Possible!

Have fun storming the castle.

It's fun to watch.

You believe that you people are untouchable, well the real law dawg is coming to town and your posse is on the most wanted list. Yippie kay yay

The "ainokea" attitude by most on this island is crippling.

The ignorance of those running our county is unconscionable.

The greed by corporations (such as Monsanto, Dow Chemical, Syngenta, Pioneer, etc.) in lieu of health and safety for people and the environment is a malignant cancer that seems to be spreading.

You're watching too many movies/tv shows.

We are, virtually, untouchable.

But we want you to have hope.

Without that, your squirrelly band of misfits could turn dangerous.

And we don't want to get in the news for "putting down a rebellion".

But we will, if we have to.

Talk about delusional. "We post comments on this blog instead of having our lapdogs in the media create the message."

Abuse of power and corruption speaking, you are being watched trust me on that one. We know who you are, you just know who we are.

You believe that you hide in the shadows and cloak of secrecy but you yourself is shining the light on yourself and saying look at me. As you flex your vocal muscles, and the scream I am who I am and I serve the damned. Justice will serve you right.

You are with us or in our way

It's a point-of-view thing. From our perspective, YOU are in OUR way. And WE seem to possess the resources that count...money, power, focus, etc.

Only the Big Island will remain rather less developed because it's so damn big...and volcanic...and earthquake prone.

Taking Notes on your threats Kill or to do harm to people. Your will will soon be realized.

Threats to Do Harm to the Community or Citizens! Is the OPA on this one or the OPA in on this one?

For the wages of Sin is Death; but the gift of God is eternal Life through Jesus Christ our Lord.-Romans 6:23