Musings: On Waking Up

One reason I like waking up early, aside from the fact that I just naturally do, is the promise held in the break of day, the reminder that change is a constant, the little thrill that comes from seeing what's in store, like unwrapping a present that never ceases to please, amaze and surprise.

In short, it always gives me hope, for which I am grateful. I just got an email from the American Society of Journalists and Authors, asking me to participate in a survey with the Dart Center for Journalism andTrauma. It seems “[l]ittle is known about the specific hazards encountered by working journalists.”

Indeed. It's tough enough covering local politics, cultural genocide, increasing militarism, environmental destruction and the teeter-tottering of a corrupt and dysfunctional system, while making enemies along the way. I can't even imagine throwing physical violence into the mix. But the hardest part is knowing that a lot of people just don't want to hear anything they deem “negative,” or they want it sugar-coated, or in small, occasional doses that are easy to swallow — and ignore.

Yet somehow, this information does percolate through, and it's changing people's views. In a forward to “Censored 2013: The Top Censored Stories and Media Analysis of 2011-2012,” Dr. Nafeez Mosaddeq Ahmed writes:

“The majority of people now hold views about Western governments and the nature of power that would have made them social pariahs 10 or 20 years ago.

“In other words, he continues, there has been a massive popular shift in public opinion toward a progressive critique of the current political economic system.”

As NewsReview.com notes, in its lead-up to Project Censored's 10 most underreported stories of the year, "There may be hope after all."  So what were the important stories that got so little attention? Continued assault on civil liberties; oceans in peril; U.S. deaths from Fukushima nuclear disaster; FBI agents responsible for terrorists plots; Federal Reserve loaned trillions to major banks; small network of corporations run the global economy; the growing popularity of cooperative business models; NATO war crimes in Libya; prison slavery in the United States; and House Resolution 347 criminalizes protest.

The prison slavery one was especially intriguing, because most of the stuff they make is for the Department of Defense. Gee, maybe that helps explain the record-high imprisonment rate in the U.S. Not to mention that more than 60 percent of the prisoners are people of color.....

Just a few things to think about as you cast your ballot. And now it's easier than ever, what with walk-in voting starting today at the county annex (next door to the historic county building) and continuing from 8 a.m. to 4 p.m. Mondays through Saturdays, up until Nov. 3.

I think just everybody is tired of the campaigning, which seems to have been endless, obscenely expensive, dirty and often vacuous this year. I especially liked Jon Letman's assessment, posted on Facebook:

Early voting begins in Hawaii today (thank God!). No matter who wins, soon we can get back to the urgent task of dominating the world and neglecting the planet.

Maybe one day they'll do away with ballots altogether, and candidates will pay to post their photos and a few pithy one-liners on Facebook. Whoever gets the most “likes” and “shares” wins. It may be the only way that Facebook, over-valued in more ways than one, will ever make money.

Speaking of Facebook, got a laugh out of this video, which like all good satire has enough kernels of truth to cause discomfort with the giggles. I especially liked the news crawlers.

And speaking of truth, Democracy Now! reports today that retired CIA agent John Kiriakou, who publicly confirmed the torture of al-Qaeda operative Abu Zubaydah and spoke out against waterboarding, is set to plead guilty in court today to leaking classified information. “Kiriakou’s indictment earlier this year marked the latest in the Obama administration’s crackdown on government whistleblowers.”

Thank goodness some people are still willing to speak up, despite the personal cost. 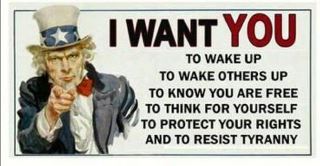 Hey Joan, I saw you and your people on Southpark the other night. Good job! Keep fighting the good fight!!!

Wake up and smell da chichis! Let's all go native!

Picture Joan, in the basement of the old Coco Palms, frantically tapping the keys of her laptop with sweat on her brow and the ghost of Elvis looking over her shoulder. Thank you, oh great protector of the Natives. This should earn you some honorary points on your Mahalo Rewards card.

The Southpark episode was hysterical, so funny, so true. So funny, if you haven't watched it, so worth it for the laughs.

South Park is juvenile and hilarious.

What would people do without TV?

Perhaps read and get educated?