Musings: Wrong Side of History

A chill wind gusts and the camphor tree rains, on me, who is watching bees already pinging and zinging from their hive as birds greet the dawn with tremolo and trill against the muffled roar of the stream, the shrieking chorus of shackled roosters, and a pink fog plumps ferns greenly clinging to Makaleha, streaked with ivory waterfalls.

Most people have an innate sense of beauty — and justice, which is why the Supreme Court hearing on the Defense of Marriage Act and the so-called “Monsanto Protection Act” — a rider anonymously slipped into the federal appropriations bill — are sparking so much discussion.

I say attempted, because it's still unclear whether the rider — in effect just through the end of the fiscal year — will undermine pending federal court rulings on Monsanto's Roundup-resistant alfalfa and a new strain of Dow-engineered corn that can withstand direct applications of its powerful 2,4-D herbicide.

The reason for the rider is obvious: the biotech companies have been losing in the courts, so they're trying to tie the hands of judges. It's a classic dirty trick from an industry that has sufficient money and power to work its will on Congress, and state and local legislators, too.

Which is why there's public push-back. Or as a man who is very knowledgeable about the issue observed, in explaining the growing uprising against biotech:

“It's being shoved down people's throats by powerful corporations with government's blessing.”

Mingled with the outrage toward politicians and agencies believed to be in the pocket of the chemical companies is despair, the sense that the industry is too entrenched to be routed, too strong to be controlled.

It's not. And though I have written previously against using the rhetoric of war against biotech, I am not advocating submission. There is a lot that can be done to address people's concerns, especially on the local level. Some counties in the U.S. have banned the cultivation of genetically engineered crops, though the legalities of banning GE test crops is still unclear.

It also appears there's nothing illegal about counties requiring companies to disclose pesticide use or establishing pesticide-free buffer zones around schools and other institutions — measures that need not apply only to the seed companies. I believe one or more bills along these lines will be introduced at the Council, where they will no doubt generate a lot of debate.

So I urge those who are interested to prepare themselves by getting educated about this complex issue, so you can educate others and speak with credibility. Do your own homework, and dig deeper than Facebook. Focus on facts, on things that are known, whether it's the effects of certain pesticides, or the herbicide-resistant weeds and cross-crop contamination that have been documented in conjunction with GE crops. Avoid demonizing local farmers who grow their crops conventionally, and instead respect the knowledge they've gleaned from decades of actually producing food in this place.

Be realistic, but even more important, propose alternatives. As a high-ranking state official told me the other day, “Tell us what you want, not just what you don't want.”

If you want more local ag, put some energy into supporting initiatives that help farmers, and programs that train new ones. If you want to farm, develop a business plan and get as much hands-on experience as possible.

Recognize that things are changing, agriculture is changing. The trend nationally and locally is toward smaller farms, less mono-cropping, in part due to new EPA regulations on controlling dust. Farmers are extremely receptive to market forces, which is why some Midwestern farmers who have always grown conventionally are now converting to organic because they can earn more for their crops.

And when GE labeling comes, which it will, because some 90 percent of Americans favor it, consumers' purchasing power will prompt even more change. That's when the biotech companies will discover their resistance to giving people a choice has put them on the wrong side of history. Just like those who oppose equal rights for all. 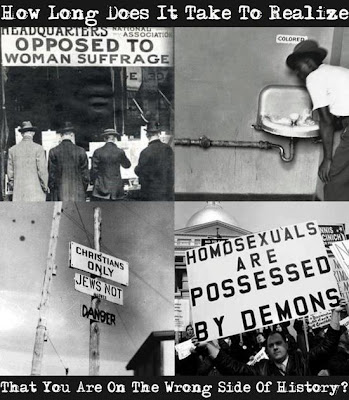 Your girl, Tulsi, voted FOR the Save Monsanto rider. How sad. Who does she work for? She's been on Kauai only maybe a couple of times (not including campaigning) and she doesn't even live in the district she represents!

Not passing that appropriations bill could have been devastating for Hawaii. I don't think anyone who isn't a single-issue voter blames Tulsi for not cutting off her nose to spite her face.

Tulsi has a good explanation ----
I am disappointed that a special-interest Genetic Engineering (GE) protection provision was inserted by the Senate during consideration of the must-pass Continuing Resolution funding bill, with no opportunity to in the House to vote Sec. 735 down.

The underlying bill was designed to provide essential funding to operate the government. I voted for this bill to protect our economy from another manufactured crisis, prevent a Federal government shutdown this week, and to help ease the pain of arbitrary across-the-board budget cuts on middle class families.

People have the right to truthful, transparent information about their food. In Congress, I will continue to support efforts to strengthen consumer and environmental protections from GE crops and require labeling of GE foods so people can make informed choices.

Section 735 allows GE plant cultivation even if a federal rule or environmental impact statement has yet to be completed. The Secretary of Agriculture is required to issue a permit if a GE grower makes a request.

Speaking of the wrong side of history, and politicians in the pocket of the seed companies, check out Councilman Ross Kagawa's ham-fisted shilling for Syngenta lobbyist James Pacopac, as reported in today's The Garden Island:

First of all, Marriage needs re-definition and re-investigation because with the divorce rates as high as they are these days, domestic violence, and abuse of women, most people (hetero and "gay")are not emotionally equipped to handle it.

Perhaps a "drivers ed" class for people interested in marriage?

Also, how about a "drivers ed" class for people using pesticides and herbicides: horrific pictures of people (instead of car crashes) who are suffering from exposure to pesticides: cancer, lung disease, immunological disorders, Parkinsons and other neurologic disorders?

Instead of disclaimers for Monsanto and Syngenta workers, better unlimited medical insurance and disability programs?

You have given me some hope with what you vision will happen because 90% of the people want labeling of gmo products! Yes, Tulsi and Ross make my stomach acids churn, but there is much to do and we are reading, researching, engaging scientist, researchers to spread information which are facts. Like my daughter told me, "ma, you might not be alive when all this is done, but don't give up the work, because your children and grandchildren will be here to receive the benefits of your strength, willingness to stand up for what you believe is right". Imua -- THE LAND IS PRESERVED IN RIGHTEOUSNESS.

Tulsi is a typical politician, she will follow orders from her superiors and special interests just like a good soldier would do.

I am highly disappointed in her decision to support a radical bill called the "Monsanto Protection Act".

she didn't support a radical bill called "the monsanto protection act"... that's something people made up to sound sinister on facebook. it was a rider tacked on to the appropriations bill that keeps the government functioning.

I'm sure Mufi would have voted against the bill with the rider. NOT.
Scary to see the ideologues who are single issue voters. Wake up people it's not A L L about GMOs.

Pul-ease! The issue of being pono for all concerned has degenerated into another local/transplant slur? That's b.s. - as the t shirt says "teach pride; not attitude." Racism of any kine is definitely a bad attitude.

"Racism is poverty of the mind, bitterness towards change, and a need to belong or to have membership towards something you can hate together. It is a Virus, taught from parent to children."-By the Capt Aug 2009 KPD Blue review on Amazon

If you are a concerned citizen of Kauai then collectively ask CAP citizens against pollution of Anniston, Alabama to help with sampling of the soil, water, and air on Kauai.

Contact the ATSDR agency for toxic substance disease registry to get health information to prevent harmful exposures and diseases related to toxic substances.

Then Contact the EPA to do a thorough Investigation on Kauai's GMO sites and the surrounding areas.