Whenever I hear the bzzzz, I have to stop, and look, and discover where the bees are, and what they are collecting. 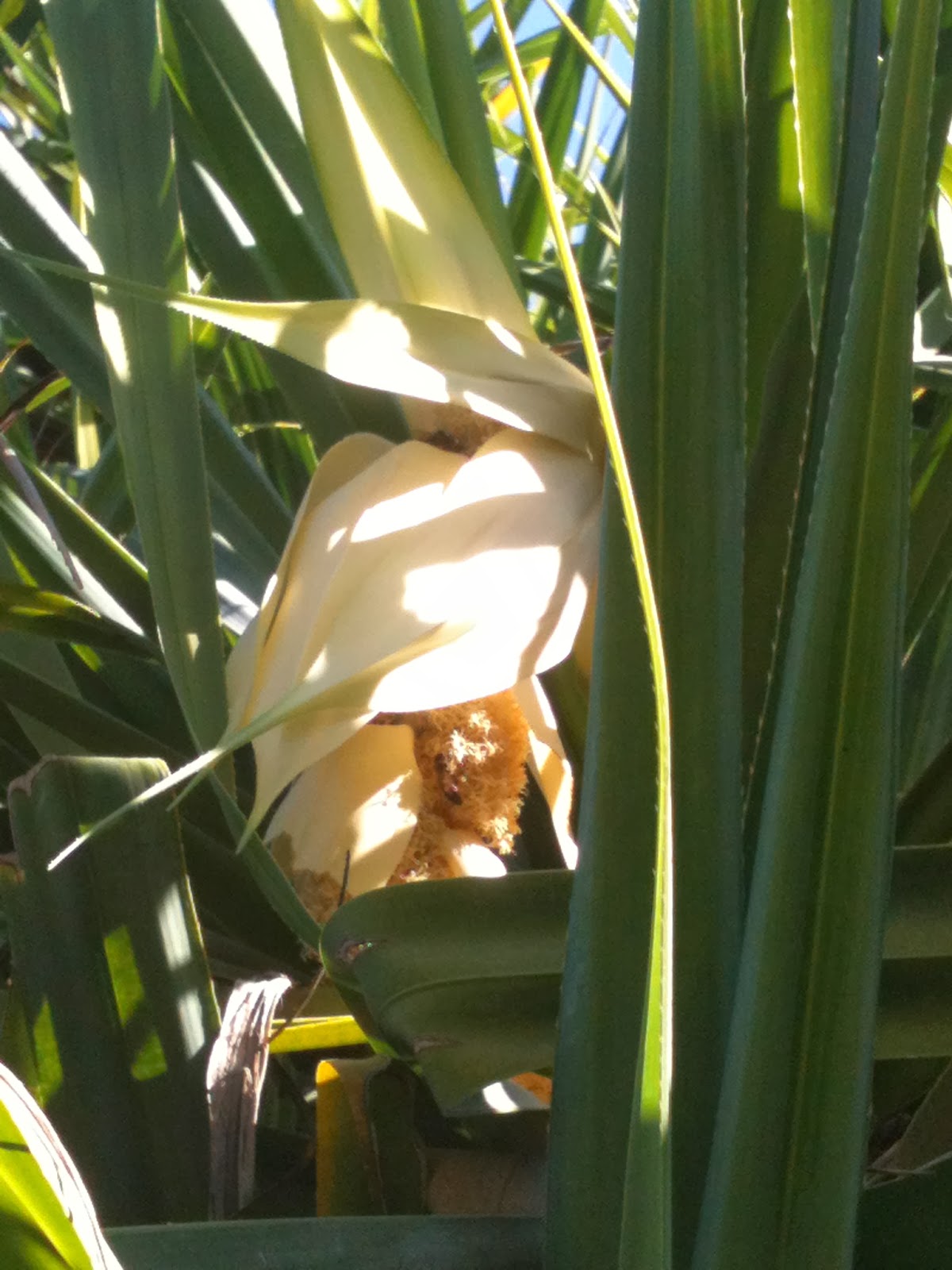 In this case, it's the white pollen from hinano, the hala flower. I've often wondered, while watching them work the beach heliotrope, what the honey might taste like.  But though I've smelled it in the haole koa and ironwood thickets, in the heat of late summer, I've never searched for the sweet source. That's theirs. 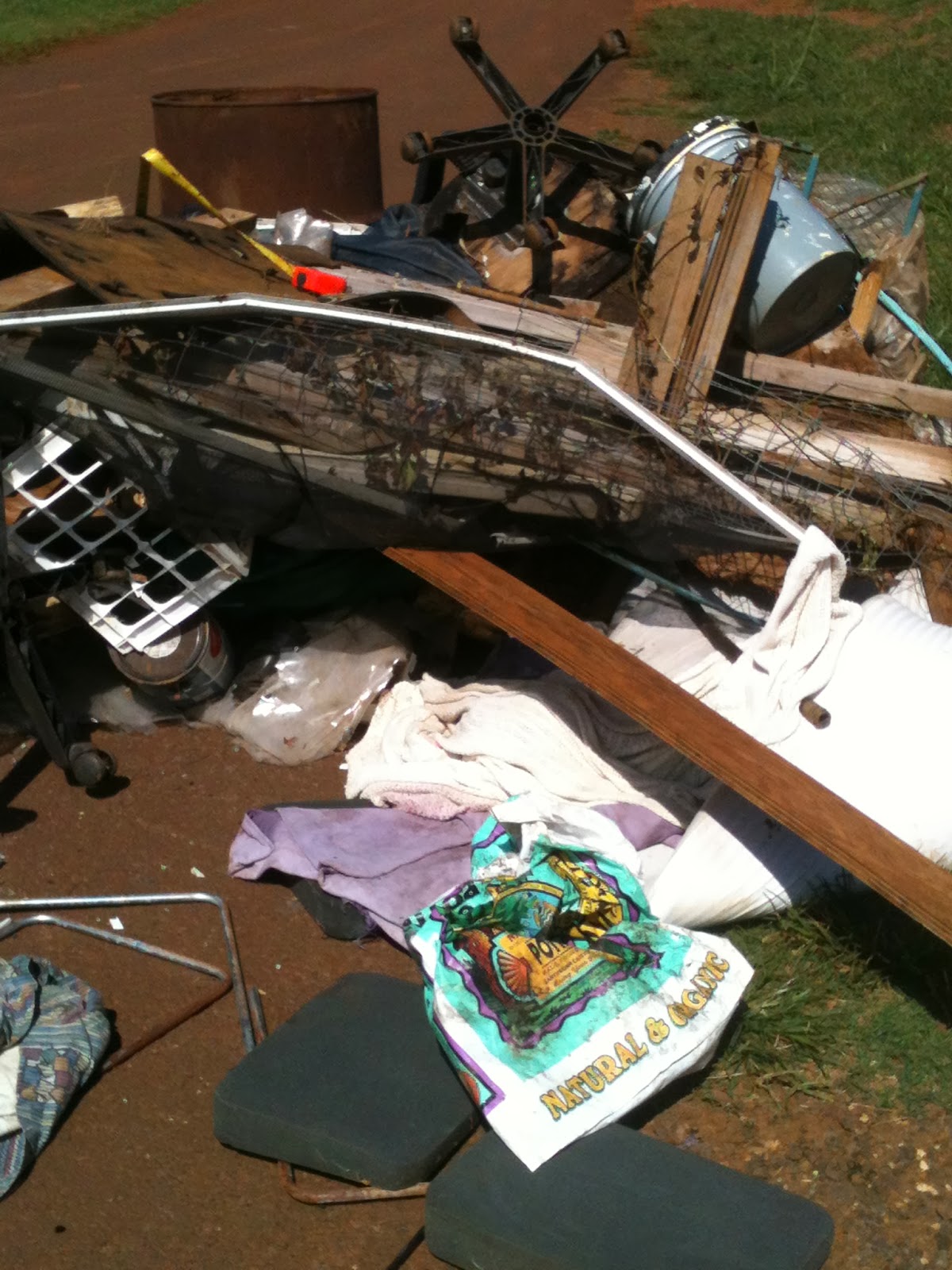 The big dump that somebody took in the beach parking lot, that's ours, as in the public/county having to clean up a lazy sack's trashy mess. Geez. You'd expect higher consciousness from someone who grows organic. 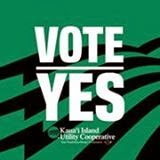 It's a big win for YES – folks who opt-out from smart meters will pay the associated fees. It was the biggest turnout in KIUC's history, with 43 percent of the members casting ballots and 74 percent of them voting yes. That's saying something. Loud and clear.
It's a big loss for no, especially since four of the candidates for the upcoming KIUC Board of Directors have traded heavily on the anti-KIUC, anti-smart meter, anti-fee platform. One of them, Jimmy Trujillo, opined on Facebook:

we'll see how this saturday's election results will shape the [KIUC] BOD election. 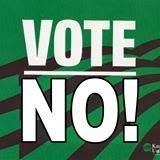 I watched “Queen of the Sun” last night, a pro-bee movie, because who, really could be anti-bee? Except those people who freak out at anything that goes bzzzz and aren't thinking about how many wild hives are destroyed when they top a forest of ironwoods to improve their coastal view, clear cut a jungle to develop gentleman's estates. 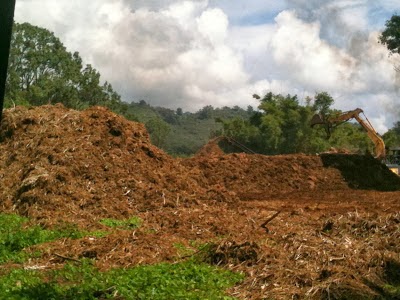 The developer of one such project, Chris Singleton, was arrested last week at the scene of one such clearing. He had evicted Growing Greens Nursery, a small family-owned business that had been there some 20 years, and they had until the end of the month to get out. But he showed up and allegedly started getting very nasty with the nursery owners — an attitude that reportedly was directed as well at the police who charged him with disorderly conduct.

Singleton, you may recall, is the same guy who developed the Waipouli Beach Resort, with its many iwi kupuna. In his latest project — the luxury “ag” estates that displaced Growing Greens in Kapahi — he is teaming with anti-GMO Realtor Neal Norman. Geez, you'd expect higher consciousness from someone who used to  grow organic. 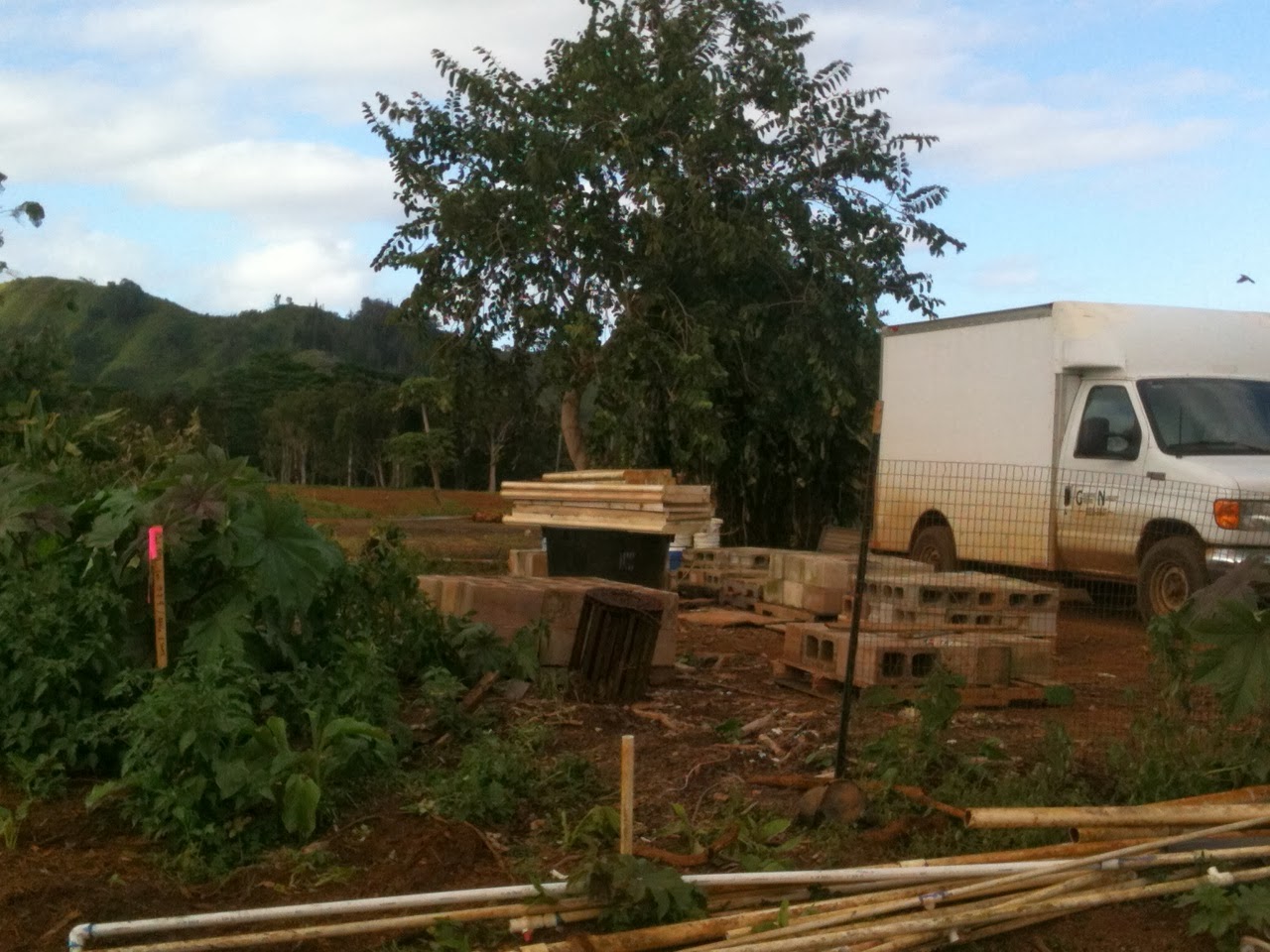 If you still doubt that high-end developers and realtors are looking to destroy real ag on Kauai, look no further than what's left of Growing Greens Nursery.
Posted by Joan Conrow at 5:37 PM

Chris Singleton and Neal Norman are a couple of very rich guys who want to get richer.
Chris and Neal are very close with some politicians and they can get develepment done because they are very close to the planning agencies and at least two counsil men. Neal and Chris are quick to say to real estate buyers that they have an inside track with the counsil. Proof is in the speed they in getting their projects done. If they want it they get it.

As far as I'm concerned, KIUC did not ask the right question for the vote. They should have asked, "Should smart meters be mandatory for customers?"

I have always thought that Pandanus odoratissimus was fly pollinated because of the odorous flower. i guess you can never tell by the smell. speaking of not being able to tell with stinkers, chris and his snap case brother were big time growers in Waipouli mauka under the Kauai Electric transmission lines. maybe that was his initiation into the world of politics and payoffs. u may have seen that pic of him with maryanne when he was greasing the path for the waipouli condos. still speaking of skunk, i had a bizarre conversation with a woman from Koolau that believed that neil was truly going to be a farmer and sell his produce at the fruit stand way after going to planning and the council for a commercial variance for the Kilauea Farms ag zoned lot on the corner at the highway. Kilauea community was divided on this controversial issue. She still believed that this CONVICTED FELON was not acting as a developer and just trying to improve the sell price of his investment, even though he had already sold it for a hefty profit and had started a real estate business in Kilauea.

I'm guessing Monopoly is not your favorite game

Haole koa is referencing a brush like plant that has a smelly flower.

2:11. Please google hale koa plant. How long have you lived on Kauai?

There are two koa trees in hawaii. The acacia is a large tree with log sections beyond 80 feet which is used for furniture and fine woodwork. I have also seen houses or line shacks built of acacia in Hualalai. Thus Hale koa.

The koa Joan is referencing is of the leucaena leucocephala species (Koa haole, lead tree). The haole koa grows to about 10 feet and was used for animal feed back in the day.

Oh and my family has lived on Kauai for 134 years. How long have you lived here?
G

There are many koa trees in Hawaii. Did you google hale koa plant ? I have lived here too long ... The places sucks now

Koa to Koan.
What is the sound of one island crumbling?

I googled hale koa plant as you requested,

The plant listed is a Koaia which is the dwarf version of the higher elevation koa. The Koaia because of it's hard, heavy and dense nature was used for making tools and weapons. The tree was planted around the hale, thus hale koa. But it is still an acacia koa.

I was referencing haole koa.

You are so erudite in your koa knowledge what horticulture college did you attend?

Please consult Pukui for the translation of "breath" and say it out loud. Again.