Today's Star-Advertiser published my guest commentary on shorelines, which they titled “Land board needs to toe line in sand,” though I had posed it not as a declaration, but a question.

Because while the Hawaii Supreme Court did issue such an order, it's unclear whether BLNR will finally “get it” when it comes to setting the shoreline. The state Water Commission has had a similar big disconnect between state law and its decisions, as I previously reported for Honolulu Weekly. In both areas, the private sector has tended to benefit at public expense.

In this instance, attorney Harold Bronstein worked tirelessly and pro bono, winning two landmark shoreline decisions at the Hawaii Supreme Court. Caren Diamond, Beau Blair, Barbara Robeson and others persevered and did the solid, thoughtful homework to document their case.

Overall, it's a great role model for successful hyper-local activism — focusing on an exquisite stretch of Wainiha coastline — that achieves a statewide reach. 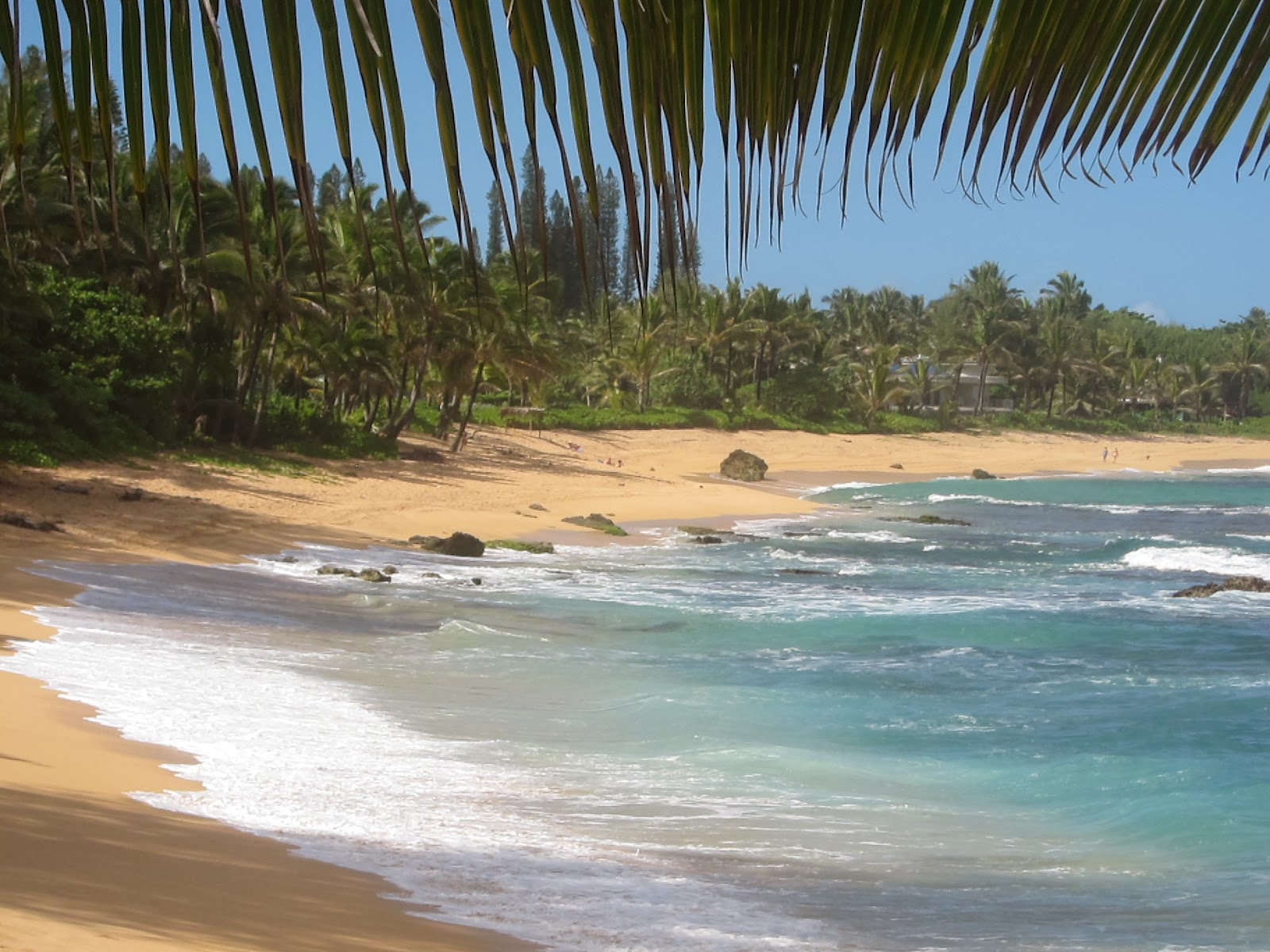 The ocean itself draws the proverbial line in the sand, leaving a debris line of sodden sticks, coral chunks, shells and bits of plastic each time it washes up onto the shore.

In Hawaii, that line is especially important, marking the boundary between public and private and signifying the point where building setbacks officially begin.

It's a line that varies naturally from year-to-year, depending on the size of the swells, the fierceness of the storms. And it's a line that has been manipulated by coastal landowners who want to build closer to the ocean than they'd normally be allowed. To hinder the wave wash, or obscure its evidence altogether, they've planted thickets of dense vegetation on some of the most beautiful beaches in Hawaii.

For more than a decade, a handful of Kauai residents have pushed back, winning two key lawsuits that lay the legal framework for halting the ongoing privatization of our public beach. The Hawaii Supreme Court issued the most recent ruling just last month, and it builds on shoreline decisions dating back to 1968.

In its earliest decisions —Ashford and Sotomura — the high court found that state policy intends to give the public as much use and ownership of the shoreline as is reasonably possible. In Diamond I — the decision rendered in the first Kauai case — the Justices specifically defined the public beach as extending to the upper reaches of the highest seasonal wash of the waves. That 2009 ruling stopped the state from setting the shoreline at the lowest vegetation line, a practice that typically shortchanged the public.

In response, the Board of Land and Natural Resources (BLNR) adopted a “multi-variable approach,” in which the state surveyor considered various factors, but primarily relied upon a “single-year snapshot” — what he saw the day of the site visit. Unfortunately, that “snapshot” was often blurred by vegetation that had been intentionally cultivated. Kauai residents, alarmed that the state was setting shorelines too far makai, presented photographs showing waves had washed 15 to 30 feet higher before the landscaping was installed.

But the state refused to consider that evidence, and Kauai residents filed their second suit. As the case moved through the courts — a four-year process — the BLNR continued to approve shorelines that favored landowners at the expense of the public beach. The impacts of this policy have been felt throughout the state, and most especially on North Shore Kauai, where many houses have been built dangerously close to the water and Joe Brescia's house was constructed atop iwi kupuna.

In its Jan. 27, 2014, Diamond II decision, the high court reiterated the findings in Ashford, Sotomura and Diamond I. The Justices found that “artificially induced and enhanced vegetation is incorrectly being used to currently locate the shoreline,” and directed the BLNR to stop relying on even salt tolerant plants to set shorelines. They also ruled the state must consider historical evidence, including documentation compiled by non-expert kamaaina witnesses, like the Kauai folks who brought suit.

Most importantly, the Justices reminded BLNR that it does not have the authority to come up with its own definition of shoreline. That definition, the Justices wrote, has already been articulated by public policy and law, and it favors the citizens who have used and relied upon Hawaii beaches for centuries.

When it comes to the shoreline, the ocean and the Hawaii Supreme Court have clearly drawn a line in the sand. Will the BLNR continue to cross it, or finally start to toe it?
Posted by Joan Conrow at 10:35 AM

Excellent article on effective activists and the long term effort it takes to make a change in the public interest.

Mahalo to Caren, Barbara and Harold. You guys rockin DLNR!

I know the green sort hate it, but it knocks naupaka for a loop. If the rich turds insist on planting on public land, spray roundup and dare DNLR to arrest you.

The ocean itself draws the proverbial line in the sand, leaving a debris line of sodden sticks, coral chunks, shells and bits of plastic each time it washes up onto the shore....

Topic aside, that commentary is one outstanding piece of writing!

Protect what you love. Mahalo nui to Caren, Harold, Beau and Barbara

Joan said, “To hinder the wave wash, or obscure its evidence altogether, they've planted thickets of dense vegetation on some of the most beautiful beaches in Hawaii."

Joan – Not necessarily so. In front of my house I’ve got naupaka sprouting up all by itself that has never been there before. The plant is very happy living along the high water mark and seems to have an ability to proliferate quite easily along our beach coasts. In that regard it is somewhat of a pest that needs periodic trimming in order to maintain lateral beach access.

I agree that not all naupaka along the coast is intentionally cultivated. It seeds and spreads easily, which is why I also agree that it can be something of a pest and does need periodic trimming to maintain lateral access.