Black clouds gather, knit together, finally break in a torrent of rain. Thunder cracks and rumbles, scaring the dogs, who whine and tremble, until somehow we all fall asleep. Dawn arrives in shades of red, sky glowing, humidity 86 percent. My hair curls for the first time in a month as I walk along the river bank, happily inhaling the delicious wet-desert smells of sage, yellow-flowered chimisa, moist earth. 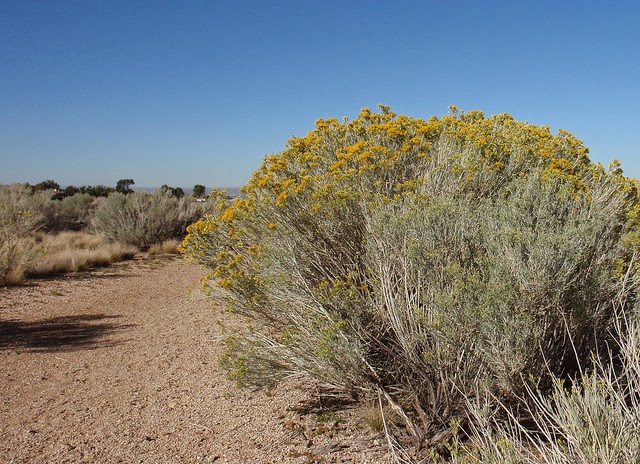 The first batch of campaign contribution reports are due to be filed tomorrow, covering the period of Jan. 1 through June 30. It's always a revealing process, and I'm especially curious to see who is financing Dustin Barca's campaign, and how his war chest compares to Mayor Bernard Carvalho's.

I'm also keen to see how the state House Democratic race between incumbent Jimmy Tokioka and Dylan Hooser, who seems to be sponsoring a lot of Facebook posts, is shaping up. But we'll just have to wait and see, because none of those four have filed their reports yet.

Councilman Gary Hooser, however, has. His biggest contribution came from Kim Coco Iwamoto of Honolulu, who gave $2,000, followed by $1,000 from uber-rich Princevillian Bill Porter and $750 from Graham and Susan Nash. He's got a surplus of $4,441.

Councilman Ross Kagawa is sitting very pretty, with $11,173 cash on hand and no reported contributions this past period.

Next up is Councilwoman JoAnn Yukimura, reporting $10,627 cash on hand and contributions of $1,200 the last period.

Incumbents Jay Furfaro and Tim Bynum, both of whom began the period with campaign deficits, have not yet filed, nor has Mason Chock, who was appointed to his seat late last year. Tim's recent fundraising had a dismal turnout, according to an attendee.

Of the challengers who have filed, Felicia Cowden has just $478 left after receiving contributions of $8,905. The largest cash donation — $1,000 — came from Bill Porter's wife, Joan, with Waimea resident Wendall Kabutan giving $500, though he lists a Honolulu address.

And Police Chief Darryl Perry, who plans to run a minimalist campaign and has the name recognition to get away it, reports a $1,270 deficit, with a $2,000 loan and no contributions this past period. 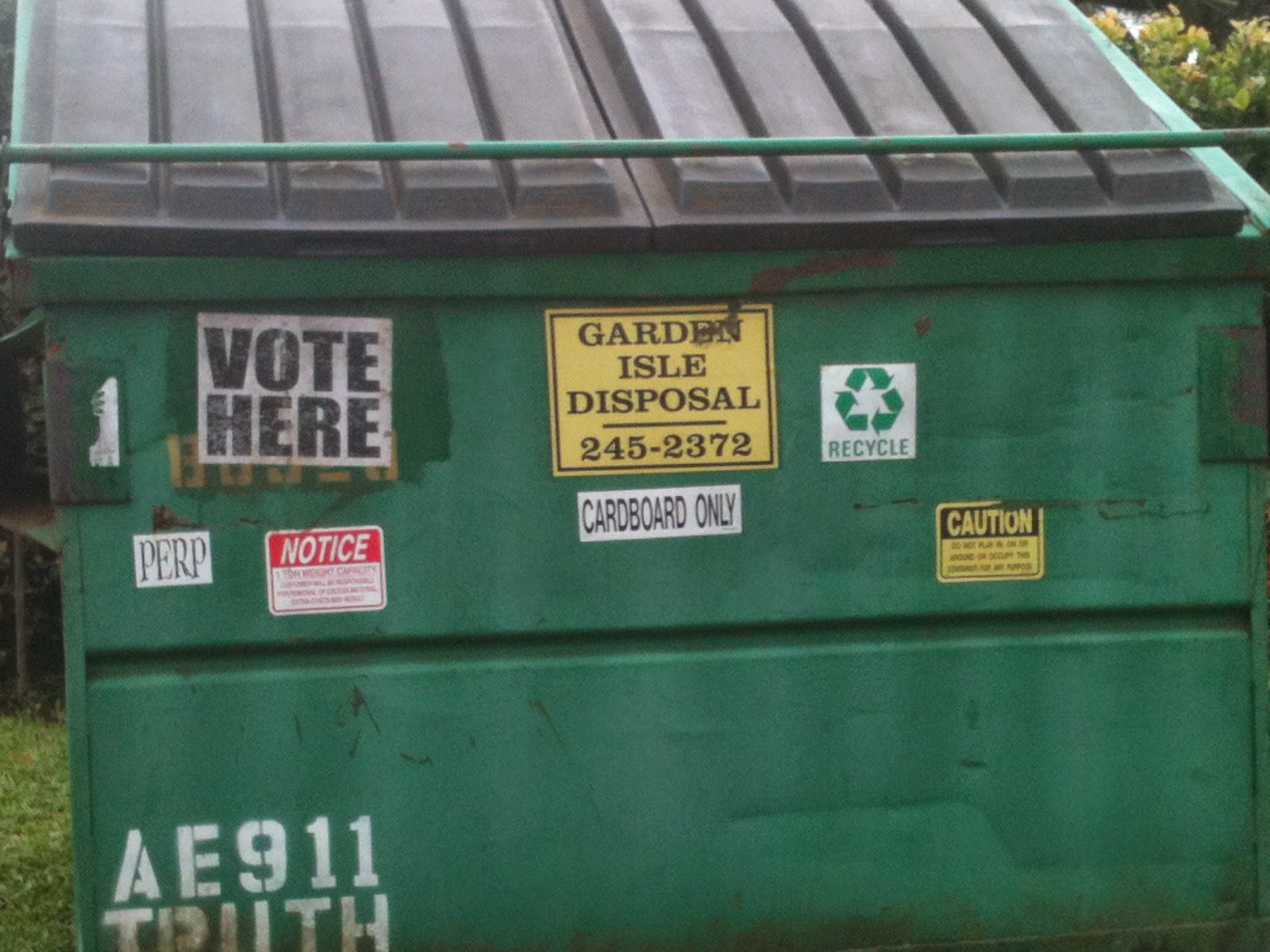 Of course, not everyone has an interest in the upcoming elections, and many have lost faith in our political system, as evidenced by the stickers on this Kilauea dumpster….

Finally, in a follow-up to yesterday's post, which mentioned the brouhaha over Dow's sweet corn donation to the food banks, I saw this on the Facebook page of the island's only truly legit food bank -- and it ain't KIFB:

Did you know that we are actively searching for local produce!!! If you are a Farmer on Kauai and want to donate - it's tax deductible - contact Michelle or Wes at 482-2224 and we can pick it up for you!!! Support THE Hawaii Foodbank - Kauai Branch! Mahalo!

So spread the word to the organic farmers and yardeners, here's a chance to put your produce where your mouth is….
Posted by Joan Conrow at 9:21 AM

Many organic farmers can't afford to donate much--many of them are attempting to survive, unless they come from wealthy families or were given property to farm on. Remember the agribusinesses are million dollar corporations and will advertise to make them look like good neighbors----meanwhile like Dr. Shibai says--"Feed the hungry and make them sick?".


I'm glad someone finally acknowledges the economic difficulty of organic farming in Hawaii. Most eco-zealot's who say it is the only way we can farm sustainably have never actually tried to make a living from it. They tend to ignore the obvious fact that if farming were viable here, the large landowners would be doing it when sugar and pineapple tanked. But what they heck, who needs reality when you can dream?

"They tend to ignore the obvious fact that if farming were viable here, the large landowners would be doing it when sugar and pineapple tanked. But what they heck, who needs reality when you can dream? "

Farming can start in one's own backyard for a start. One must educate oneself on how to farm well. Its not for everyone.

The trend according to ACRES USA publication for sustainability and profitability is to grow a variety of vegetables, fruits, and have animals for meat, and chickens for eggs.

It can be done with some hard work and education.....as well as available land and water.

Major problem here is the soil has been polluted with sugarcane and pineapple chemicals and stripped of nutrients. One must create new healthy soil before farming can begin.

Thanks DOW for your generous corn donation. No matter what good intentions or purposes you do we very much appreciate it. There will always be people who don't care enough or too naive to realize other people's needs. We. Know that there will be no proven/evidences of illnesses from consuming the corn. Please continue your donation as often as you can. MAHALO

I'm so glad I don't live in Dr Shibai's world where everything is a conspiracy and growing an acre of sweet corn is some evil plot.

Just checking in on the spending reports - deadline today. No report from Mr. Barca. He's either late or going to continue to claim he's spending less than $1,000 on his campaign. That's a lie. Let's see: slick website, t-shirts, yard signs, bumper sticker, fancy catamaran sail, robo-calls. Less than $1,000? I think not.

Dustin Barca did file his campaign reports and I'll have a post on that today.