There's nothing so exquisite as the smell of hot sun on evergreens — except, perhaps, a sub-alpine meadow sprinkled with dozens of native wildflowers, all blooming their little hearts out in a riot of pollinator diversity.

It's one of those natural wonders that money can't buy — nor replace once it's gone, which makes it all the more precious, wherever it's found. 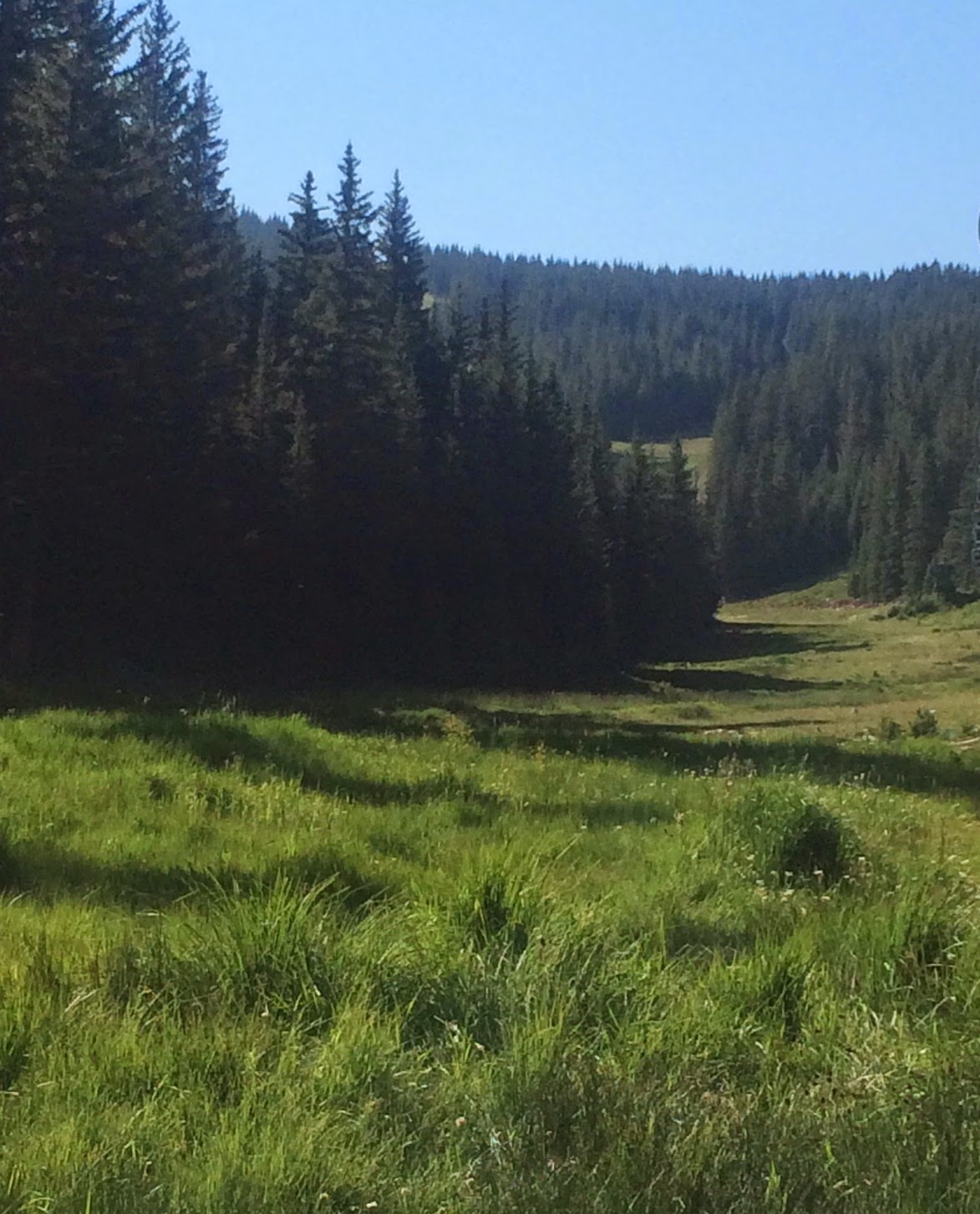 And the Kauai County taxpayers are destined to spend it, defending Bill 2491/Ordinance 960 — the pesticide/GMO regulatory/disclosure law — and dealing with the citizen ballot measure that is a lousy initiative masquerading as an even worse charter amendment.

Both issues will come to a head this Wednesday, when a federal judge hears the chem companies' motion for a partial summary judgment, and the Council is asked to allocate another $50,000 — on top of the $75,000 already approved — to keep fighting the lawsuit. Can you say ka-ching?

Syngenta, Dow and Dupont-Pioneer are asking the court to rule on seven of the claims — one, three, four, five, eleven, twelve and thirteen — in its complaint.

The issues at stake in this hearing go the heart (and guts) of the bill, starting with pre-emption, or whether the county has the authority to regulate pesticide use and GMOs, both of which are already regulated by the state and feds.

There's also the question of whether the bill violates the companies' 14th Amendment — equal protection and due process — rights and the county charter, which requires an initiative “to embrace but one subject.” The charter also prohibits the Council from assigning duties to administrative agencies — in this case, the Office of Economic Development, which is charged with implementing and enforcing the new law.

The companies also want the judge to strike down the provision that allows the county to impose civil fines of $10,000 to $25,000 for violations of Ordinance 960, without any prior notice, hearing or opportunity to rectify.

Last but not least, the judge is being asked to decide whether the Council violated state law when it winnowed down the list of candidates to fill former Councilwoman's Nadine Nakamura's position in secret. The companies are arguing that Mason Chock, who cast the vote to override the mayor's veto of Bill 2491, was improperly selected and so his appointment should be voided.

And wouldn't that open an interesting can of worms for Mason, who is running on a platform that includes his dedication to — ahem — “integrity.”

All of this dovetails quite nicely into another action set for Wednesday. That's when the Council will vote on whether to allow Kauai Rising's GMO/pesticide/environmental czar petition measure to move forward, or stop it dead in its tracks.

As you may recall, they deadlocked July 9 when Jay Furfaro, Mason Chock and Ross Kagawa gave it a thumbs down. Gary Hooser and Tim Bynum — co-sponsors of the legally flawed Ordinance 960 — gave it a thumbs up, and JoAnn Yukimura didn't say nuttin', which counts as a yes.

Now it's up to Mel Rapozo to euthanize this creepy weird dog-cat hybrid and put it out of its misery, once and for all.

Blogger Andy Parx — apparently channeling Bynum — is claiming Kauai Rising will sue the county if it keeps the measure off the ballot. But that's doubtful, seeing as how the group has no money, aside from what Kilauea uber-richie Joan Porter funnels in. And rich people don't usually throw money at lost causes, unless you're Michael Sheehan, who's still fighting the county over his bogus boatyard on the Hanalei River. Btw, the Council is also being asked to kick down another $20,000 to fight his appeal.

Getting back to the Kauai Rising craziness, big expenses are guaranteed if that measure moves forward, whether it's staff time wasted verifying the signatures, printing costs for an 18-page ballot measure, legal costs associated with seeking a court determination on what the hell it is and — if the voters ultimately pass it — triple digit special counsel fees to defend it against the lawsuit the chem companies have vowed to file.

But before it gets that far, why not take a tip from claim 11 in the chem companies' lawsuit over 2491/960, the one on how "an ordinance may embrace but one subject"? It's already clear the Kauai Rising measure is not a charter amendment, nor is it a proper ordinance, since it deals with a number of subjects.

In short, it's got lawsuit and big legal fees written all over it. So why has it even gotten this far?


Oh, yeah, it's an election year, and certain people are afraid to alienate a movement that they still believe has way more power than it actually does. But maybe, just maybe, a Council majority will put a stop to the expensive silliness.

Or to paraphrase the Kauai Rising slogan: Wake Up, Face Up, Buck Up.
Posted by Joan Conrow at 10:01 AM

As much as I agree with your analysis of the flaws of the Kaua'i Rising Charter Amendment, isn't it a scary precedent to allow the council to decide what makes it onto the ballot?

I understand and share your concerns, Luke, but I think an equally scary precedent would be allowing groups to deceptively circumvent the signature requirements of an initiative petition by trying to pass it off as a charter amendment. Somebody has to vett this stuff to make sure it meets the charter requirements of what it's claiming to be.

But, whatever they decide they are exposing the county to the likely potential of a lawsuit. Wouldn't the best course of action be for the council to OK the measure (because doing otherwise is both legally dubious and a bad precedent), but to then educate their constituents about the legal flaws and urge them to vote no?

I don't believe it is legally dubious for the Council to reject the measure. Have you read the County Attorney's opinion?

I think it would place the Council in a difficult position to lobby against a measure they voted to put on the ballot, and I'm not at all convinced their constituents are educable. After all, thousands of misinformed, misguided voters signed the petition.

But as you said, there's the potential for legal action either way — though it's for sure from the chem companies, and only rumored by Kauai Rising.

Thanks for providing that. I hadn't read it, and it clearly makes "dubious" the wrong word choice. But, there is still admittedly the possibility of a lawsuit (either way) and the unnerving precedence of a political body deciding the validity of ballot measures.

On another note, thank you for that opening line which momentarily transported all of us away from our computers and into a "riot of pollinator diversity."

You're welcome, Luke, and thanks for taking the time to read it and educate yourself.

Yes, it's similar to the unnerving precedent of having the courts decide the county has no jurisdiction over the chem/seed companies because they were handed a bad bill to challenge. Citizen movements, when well-intentioned but poorly executed, can have far-reaching repercussions.

Exemplary display of an intelligent, civil discourse between two adults . . . and gosh, with dissenting views, at that!

Thank you, Joan.
There may be hope for Mason Chock. He may be pulling back from the Hooser/Bynum aura. Maybe in some strange pull out tumescence, Mason is realizing he can stand erect by himself. Perhaps he is thinking about Kauai's people, instead of the debt he owes the two well fed fistees.
Luke, the Council is supposed to be the adult in the room. The buck stops at their table. In the anti-Ag frenzy, many have forgotten that this island has many issues and many needs.
It is time for the Council to get back to the business of serving all of Kauai's people. Not just the North Shore squeaky wheels and their hocus-pocus agenda.

We need Dustin Barca for mayor, Gary Hooser for managing director, Tim Bynum for council chair, Felicia Cowden for vice chair, and a big pot of money for lawyers to defend the County from the lawsuits that would surely follow.

"The council is supposed to be the adult in the room. The buck stops at their table."
Because I'm not a lawyer, politician, or framer of the constitution, I'll defer to the words of James Madison in Federalist 48-51:

"...that where the whole power of one department is exercised by the same hands which possess the whole power of another department, the fundamental principles of a free constitution are subverted....It is agreed on all sides, that the powers properly belonging to one of the departments ought not to be directly and completely administered by either of the other departments. It is equally evident, that none of them ought to possess, directly or indirectly, an overruling influence over the others, in the administration of their respective powers. It will not be denied, that power is of an encroaching nature, and that it ought to be effectually restrained from passing the limits assigned to it. After discriminating, therefore, in theory, the several classes of power, as they may in their nature be legislative, executive, or judiciary, the next and most difficult task is to provide some practical security for each, against the invasion of the others.... The legislative department derives a superiority in our governments from other circumstances. Its constitutional powers being at once more extensive, and less susceptible of precise limits, it can, with the greater facility, mask, under complicated and indirect measures, the encroachments which it makes on the co-ordinate departments... The conclusion which I am warranted in drawing from these observations is, that a mere demarcation on parchment of the constitutional limits of the several departments, is not a sufficient guard against those encroachments which lead to a tyrannical concentration of all the powers of government in the same hands.... The several departments being perfectly co-ordinate by the terms of their common commission, none of them, it is evident, can pretend to an exclusive or superior right of settling the boundaries between their respective powers; and how are the encroachments of the stronger to be prevented, or the wrongs of the weaker to be redressed, without an appeal to the people themselves, who, as the grantors of the commissions, can alone declare its true meaning, and enforce its observance?"

Luke- Yumpin' Yiminey, the Father of the Bill of Rights, the good James Madison, would flip his powdered wig if he saw the skewed political wackadoos of today. Your polite conversation with the good Joan, is a far cry from the fistees attempting to squelch all opposing views in to their Anti-Ag mob frenzy (Amendment 1) and the lovely Hoos/Jackpot admonition to their flock "turn in your neighbor if you think he is grading etc illegally"(#4). Hopefully, the island can get back to basics. Kauai Rising is hardly "the people themselves". Wealthy northshore busy bodies, yes, but not the "people". Most people on Kauai are too busy working to read an 18 page tome of hulihuli meanderings.
Unfortunately, groups like Kauai Rising and the Hooser Fistees and their disrespect of local working people and Ag is alienating a lot of citizens.
Hopefully they will all come out and vote.

Yes we will all come out and vote - single issue: poison on ag