When the video tapes and media accounts revealed NFL players knocking out their girlfriends and beating their kids, I thought first about the ugly history of my own family and then about all the local guys I'd known or dated in Hawaii who had been subjected to dirty lickings.

They all believed they'd deserved the abuse — whipped with garden hoses, belts, electrical cords, switches, getting kicked, beaten with wire coat hangars and hairbrushes, pounded with fists — because they'd been kolohe, smart-mouthed, intransigent.

Back in the day, they used to say, their parents had told friends, neighbors, teachers, older siblings, that it was OK to haul off and slap 'em upside the head, twist their ears, give 'em dirty lickings, if they felt it was needed to bring them into line. Because, of course, they must've deserved it. The violence couldn't possibly be attributed to the adults' own abusive upbringing, lack of control, alcoholism, inability to find another way to discipline, or deal with a situation.

It was always the kids' fault. They were bad. They deserved to be beaten.

And they all, every single one of them, grew up with some major problems: substance abuse, most often; low self-esteem that prompted self-destructive behavior; violent behavior toward others, including me; uncontrollable tempers; sudden outbursts of rage; power and control issues; an abiding sense that they never were worthy of anything good.

Because they'd been told, over and over, that they deserved the beatings, the dirty lickings. Not surprisingly, many of them modeled what they'd been taught, even though it filled them with self-loathing, which was such a familiar feeling.

I remember one time, when I had to call the cops and the policeman told my then-husband, hey, you can't be treating haole girls like that — like maybe it's OK to brutalize, terrorize, harm local women?

I remember the man at Lihue Court Townhomes who confessed to me that he'd brain-damaged his son, beating his head against the wall in an alcoholic rage, and though he was sober now, he could never forgive himself for disabling his own child. When I asked if he'd been beaten as a kid, he shook his head, yes, then added, "But that's no excuse."

Today I saw an editorial cartoon, first published by Scott Stantis in the Chicago Tribune, that perfectly conveys the soul mangling effects of child abuse –– and yes, dirty lickings are abuse, no matter how culturally acceptable they may be.

And I had to share it, because it's something we all need to talk about, especially in the Islands, where far too many women and kids are getting dirty lickings, which leads to a downward cycle of more dirty lickings, more pain, more addiction, more suffering, until one day, I pray, we can all say, no, that's not acceptable, it must stop. 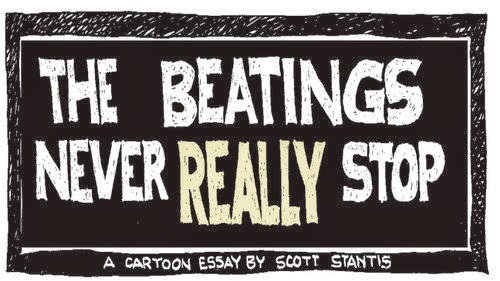 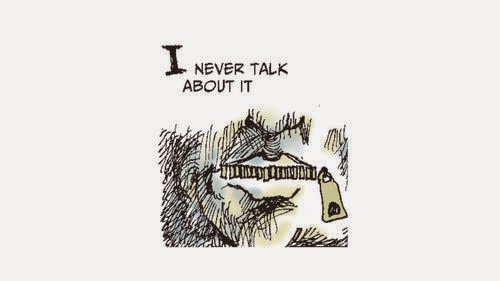 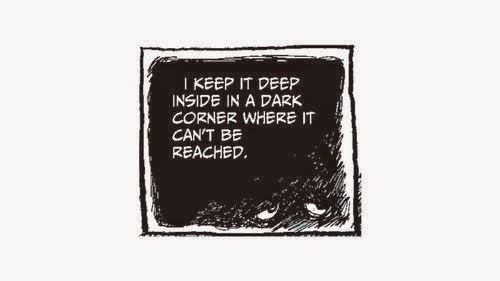 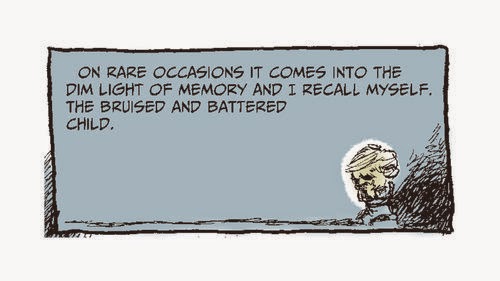 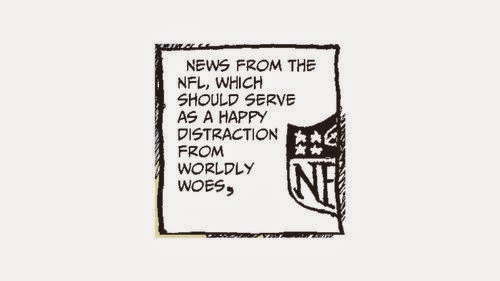 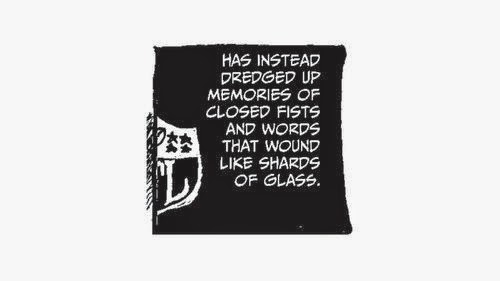 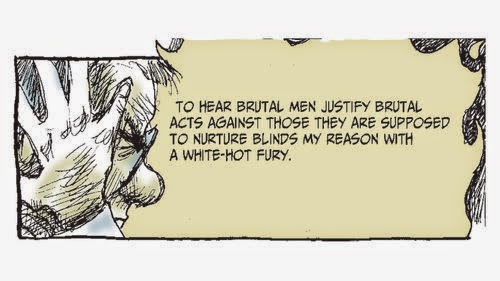 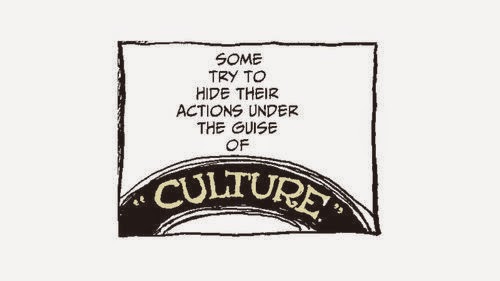 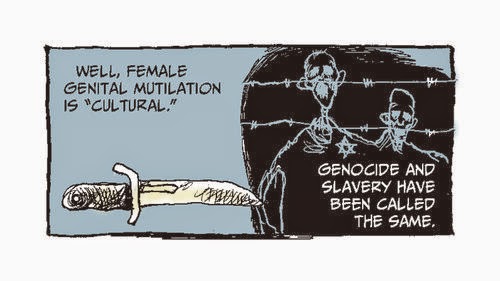 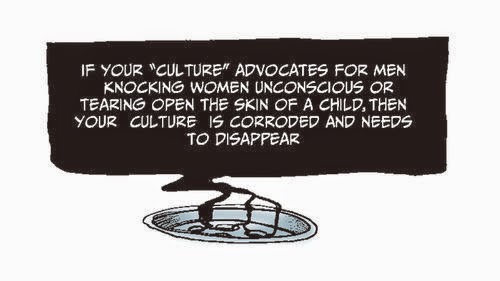 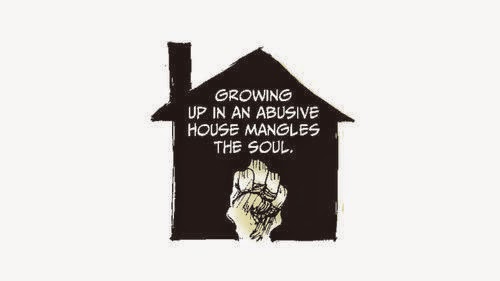 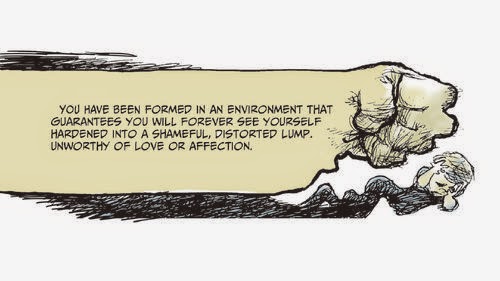 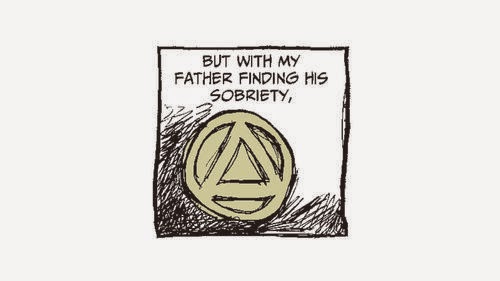 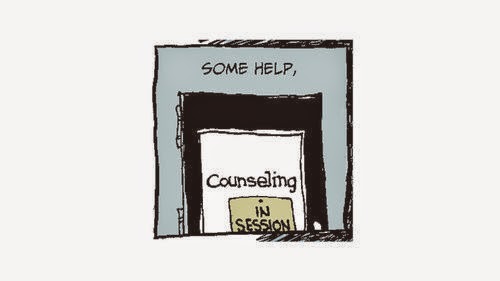 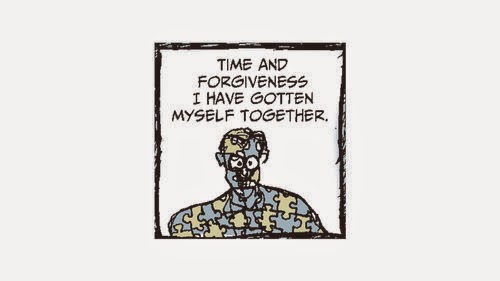 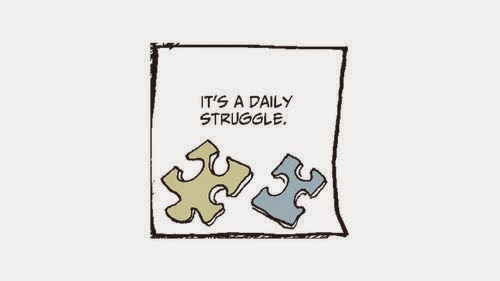 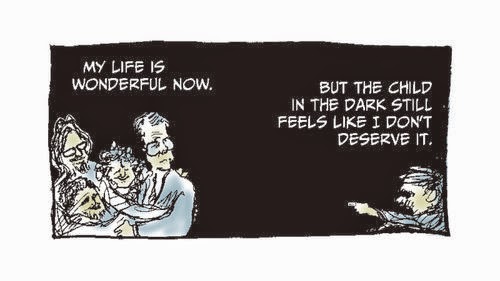 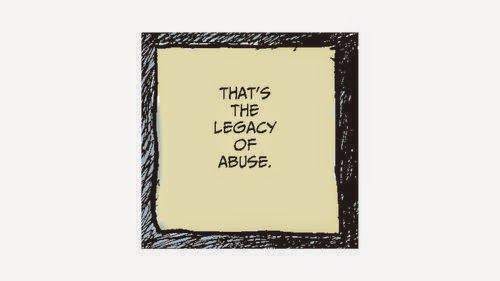 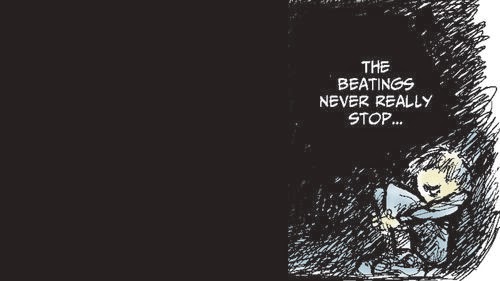 pretty profound and hits home...my dad was a local police officer...his leather belt hanging readily available. we were exuberant kids, sometimes breaking something, fighting over each others possessions as kids do. All were seen as proper moments to beat us til we couldnt breath from screaming.. Never deeply scarred, those memories, forgotten or downgaded by dad, caused me life long resentment of him. The "culture" is perverse and wrongly accepted...talking, explaining, time out and then reconnecting never occurred. I cringe having witnessed local dads AND moms spontaneously back hand their child in the head in public. Don't like it...

Thank you for showing your private vulnerable side. Much respect. I was never hit as a child and I have never and will never injure my little ones. Nothing breaks my heart more than hearing about child abuse.

Thank you for a beautifully written piece, Joan, and for the link to Scott Stantis' essay.

A quote from Sarah Kovac's CNN piece last summer, "Spanking the gray matter out of our kids"...

How to discipline the next generation is a hotly debated topic. In 2012, a national survey showed more than half of women and three-quarters of men in the United States believe a child sometimes needs a "good hard spanking."

Science tells a different story. Researchers say physical punishment actually alters the brain -- not only in an "I'm traumatized" kind of way but also in an "I literally have less gray matter in my brain" kind of way.

"Exposing children to HCP (harsh corporal punishment) may have detrimental effects on trajectories of brain development," one 2009 study concluded.

Harsh corporal punishment in the study was defined as at least one spanking a month for more than three years, frequently done with objects such as a belt or paddle. Researchers found children who were regularly spanked had less gray matter in certain areas of the prefrontal cortex that have been linked to depression, addiction and other mental health disorders, the study authors say.

The researchers also found "significant correlations" between the amount of gray matter in these brain regions and the children's performance on an IQ test....

Well done. Certain cultures and Islam have been granted a pass on brutality, racism , misogyny and bigotry because of 'multiculturalism '. This only aids the savagery.

Certain cultures and Islam have been granted a pass on brutality, racism , misogyny and bigotry because of 'multiculturalism '. This only aids the savagery.

And not only Islam. From "Adrian Peterson and the false gospel of spanking" by Matthew Turner:

There’s one detail about the Adrian Peterson child abuse charges that no one seems to be noting: his alleged crimes didn’t happen simply under the guise of “parenting” but rather “Christian parenting.”

But the NFL star's Christianity shouldn’t be missed or undervalued in the sharp debate about his actions. Those of us who grew up in conservative Christian churches know all too well the culture that shapes the parenting beliefs of people like Peterson.

Today, the most notable proponents of spanking are American evangelicals. They not only preach the gospel of corporal punishment, they also impart messages that lay the foundations for abuses against children and the protection of such abuse by our legal system.

We have books about spanking. Popular Christian talk shows promote the benefits of spanking. Pastors preach and theologize spanking. Organizations like Focus on the Family offer parents resources about how and when to spank.

The ties between Christianity and corporal punishment are so strong that a large number of conservative Christians parents simple deny studies that suggest spanking does more harm than good.

Now, I’m not saying that evangelical churches are to blame for what Peterson did to his son. But the church isn’t innocent in the matter, either.

Without the church, the popularity of spanking would have dwindled. Stricter laws would probably be in place to protect the rights and livelihoods of children. And people like Peterson would not feel as though he has a license to do whatever he wants to his child.

For decades, American evangelicals have fiercely fought any legal or cultural limits on parents’ “rights” to discipline their children.

As a result, American children are some of the least protected people in the world. They are often innocent pawns to the vile disciplinarian doctrine of folks like Michael and Debi Pearl, pro-spanking theologians who suggest that corporal punishment should begin when a child is only 6 months old...

The full text is at http://religion.blogs.cnn.com/2014/09/16/adrian-peterson-and-the-false-gospel-of-spanking/

Thanks, everyone, and thanks, Dawson, for the elucidating links. Advocating corporal punishment for 6-month-olds surely qualifies as domestic terrorism.

Thanks again Joan for your work on this blog to help us all. Just wanted to mention some details about the Adrian Peterson abuse. Having been a recipient of conservative parents beatings personally I can appreciate both sides concerns. The facts that caused this to occur were one of his older sons bullied his younger brother over a video game controller and brutally threw him to the ground & proceeded to give him " dirty lickings". When confronted by his father about this incident he used profanity & told his father he didn't give F what he thought. Well Adrian lost it. Hope this gives some insight but in no way does this rationalize this behavior.

Thank you Joan. Powerful, personal writing. A blog that I think we can all agree on and comment without name calling, mud slinging or abuse. I must admit, however, that when our daughter came home from pre-school and called her mom a "fuckin do do" I very coolly and calmly told her never to say that word again then gave her one on the okole. That was the first and last last time I heard her say "fuck" and the first and last time I spanked her. She's now 30.

4 pm -- I wonder where the kid learned that behavior. From Daddy?