This is an op-ed piece that I published in the Star-Advertiser today. I'm reprinting it here since it's behind a paywall. My primary message: "We need to support all viable ag in Hawaii."

As the Hawaii Legislature convenes to do its work this session, lawmakers are facing pressing issues that range from the epidemic of homelessness to balancing the budget.

Schools, energy, affordable housing, health care, higher education — all of these important community needs are crying out for attention.

Yet to hear the anti-GMO groups tell it, the Legislature’s No. 1 priority should be imposing more regulations on agriculture under the guise that we’re facing grave dangers from farms that grow genetically modified crops. 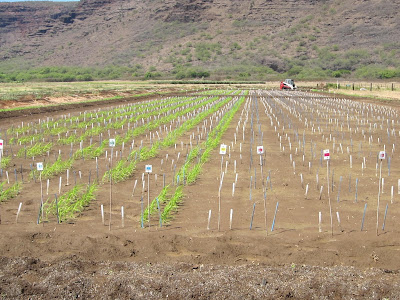 Never mind that GMO crops are already highly regulated by state and federal agencies, and evidence of them causing any actual harm in Hawaii is scant to non-existent.

The Center for Food Safety, Babes Against Biotech, Earthjustice and Hawai‘i Alliance for Progressive Action have decided that GMOs are bad, so they’re busily drumming up fear, encouraging the gullible and ignorant to pester our politicians into imposing more regulations.

Though they’re targeting the seed crops, their actions affect a much broader swath of agriculture at a time when Hawaii is losing big independent farms, like Richard Ha’s Hamakua Springs, and its last sugar plantation.

Yet even as these anti- GMO activists assert that farm pesticides are harming islanders, they are curiously silent about the pest control and termite treatment companies that apply significantly more restricted-use pesticides than agriculture.

Why are they focusing so intently on agriculture, while ignoring other users, including homeowners who account for the overwhelming majority of pesticide poisonings? 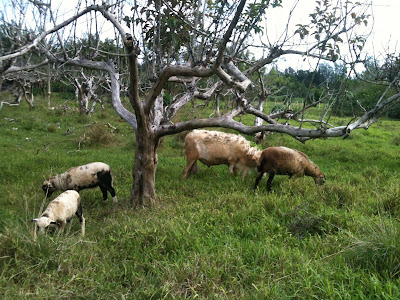 Local residents and lawmakers need to understand that the Center for Food Safety and Earthjustice are mainland-based groups that are using Hawaii to wage their national campaign against GMO crops. Both groups make money from suing federal agencies over GMOs and frightening people into sending them donations.

Though Center for Food Safety and the Hawai’i Alliance for Progressive Action claim grassroots support, tax returns indicate the bulk of their funding comes from mainland foundations, not local donors.

Campaign filings also show some anti-GMO candidates have received backing from real estate interests that stand to greatly benefit from the collapse of ag in the islands.

In short, these are self-perpetuating, self-interested advocacy groups. We cannot allow them to influence, much less direct, our agricultural policies.

With Hawaiian Commercial &Sugar Co. shutting down at the end of this year, leaving the future of its 36,000 acres in doubt, Hawaii agriculture is again at a major crossroads. 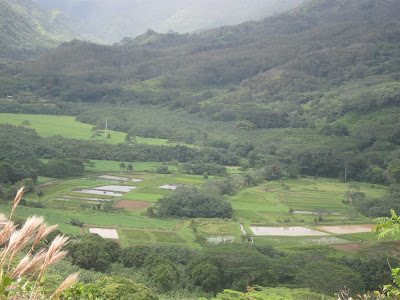 Like it or not, the seed companies are here, and they’re the No. 1 agricultural sector in the islands. They’re a primary source of skilled, well-paying farm jobs with benefits, and they’re helping to keep agriculture viable for the future by maintaining irrigation systems and other crucial infrastructure.

This is the time to be supporting all agriculture in Hawaii, rather than demonizing any segment of it.
We need to help all viable farms succeed. People have so many expectations of agriculture, yet it receives less than 1 percent of the state’s budget.

Hawaii legislators, most of whom live in urban areas and have little understanding of agriculture, must resist the political pressures exerted by these advocacy groups.

Lawmakers need to rely on farmers, the true experts, to help them make good policy decisions. 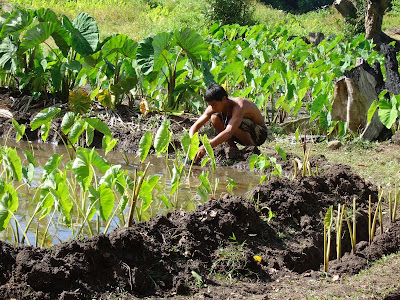 Far too much legislative time has been wasted on a manufactured controversy that has divided our community solely to benefit the coffers and agenda of mainland advocacy groups and political demagogues.

It’s time to set our priorities straight and boost, not bash, agriculture.
Posted by Joan Conrow at 8:17 AM

Thank you for posting this to the paper. If the reporters aren't going to bother to find out the facts to counter the spread of Fear, Uncertainty, and Doubt (FUD), somebody has to shine a light.

I don't know what the problem is with CFS, Earth Justice, PAN being based on the mainland. Many other companies, associations are mainland based-----they do work all over the world, some to do good, others for money and greed. Hawaii is a small place and we do need help from entities outside of our state----whoa, most of our food comes from outside the state. We would not do well without those who support our daily needs! Hey, where are the bases for Macy's, KMart, Safeway, Times, Costco? Not in Hawaii, i don't think so. Yes, we have to rely on outside sources!

There's nothing wrong with it. What's wrong is deliberately lying and misleading people by claiming to be funded by local grassroots supporters in a cynical bid to add faux legitimacy/standing to your cause.

Well, 11:56, let's start with the fact that Macy's, KMart, Safeway, Times and Costco make it their business to "support our daily needs". Perhaps you have a daily need for the likes of PANNA, CFS, Earthjustice and the rest of the fakers arriving on recent flights, but I have gotten along very well without them and their transplant, arriviste fans mucking about for my 72 years in and about Hawaii. And the health statistics of Hawaii, its air and its water, are arguments against the need for these fright agents who, absent occasional vog, have never breathed cleaner air or consumed cleaner water since they arrived- and that includes Waimea Canyon Middle School. If they want to inveigh about how much a cow shits daily, dust from ag, the capitalist society, perfidious scientists, etc. etc. they need to move on to lighten their load on the land and leave the rest of us in peace. Do us a favor and get lost. We are a progressive people without the likes of these organizations and their lappoidog HAPA hectoring us incessantly.

Once again Joan, mahalo for telling it like it is! Please know there are many of us in agriculture in Hawaii who deeply appreciate your clarity of thought. The timing of this article is extremely important as we look at the upcoming battles at the Legislature this year that we know we will have to fight.

This topic is surprisingly lacking in the comment section. Seems odd nobody has anything to say about it. Even the usual Pro GMO crowd is relatively silent. Not even blaming the stink weed this time.

what happened to the other posts on this subject?

There weren't any other than atttacks on me personally.

Joan, I am interested in your thoughts on what is actually at stake here that would prevent "viable farms succeed[ing]". Your two examples of farms shutting down don't seem to have anything to do with anti-GMO activists. Hamakua Springs is shutting down due to the Bunchy Top Virus issue, which isn't a GMO issue yet, any any GMO solution seem to be years or decades out still. Then the HC&S plantation is just moving to "toward diversified agriculture", which seems like a good thing if the concern is how to actually food people, and not just produce sugar.

Are there other farmers that are facing difficulties due to the possibility of not being able to access GMO seeds? Can you link to any specific examples?

Tom, It's not about farmers being unable to to access GMO seeds, though that could cause a hardship for Big Island ranchers who are growing corn for their cattle, and certainly papaya growers. I'm speaking about the ongoing anti-GMO call for more and more regulations on ag. Though their goal is to punish or shut down the seed farms, these restrictions end up hurting smaller farmers. An example is the pesticide disclosure bill that the Lege ultimately rejected last session because it would've created onerous record-keeping requirements for small farmers, who do not have the staff or resources to comply, whereas the seed companies do. Another is a buffer zone requirement, which could cut into a small farmer's arable land.

I wasn't using Hamakua Springs and HC&S as examples of ag shutting down due to anti-GMO pressure, though the smoke lawsuit surely put more nails in the HC&S coffin. But when you have a company like A&B, with its many other resources, unable to make a go of sugar, and an innovative independent farmer like Richard Ha throwing in the towel, you have to recognize these are tough times for farmers in Hawaii. There's certainly no guarantee even A&B, with its deep pockets, will be able to make a go of diversified ag on Maui. And on Kauai, we've seen the anti-GMO activists turn against the proposed dairy, rejecting it as unsuitable before the EIS is even done. If every ag operation has to conduct an EIS to do ag on Important Ag Land, we're not going to have a viable agricultural sector. My point was we need to do more to help all ag thrive, rather than constantly attack the seed companies, which then creates misperceptions about how dangerous and harmful ag is.

Bill 2491 applied only to Kauai Coffee and the four seed companies. However, one of their legal arguments, which was not addressed by the judge, who overturned the law solely on the basis of state pre-emption, was that they were being un-Constitutionally targeted for enforcement. So there is a question on whether laws can be applied only to big farms, and not all farms. That's the sort of slippery slope we're on here. Activists are pushing for things without thinking about the broader implications of their actions.

My understanding of 2491 is that although it was designed to target the seed companies, it also snared Kauai Coffee because they also use over the bill's very low threshold of restricted use pesticides (RUPs). The important issue that has been ignored by non-farmers, is that ANY farmer may, at some point need to use RUPs, depending on the pest pressures on his crop. And depending on the how large his acreage is, since the bill didn't take farm size into account. Or he can forego using an RUP and risk losing his crop and his livelihood. And with more and more pests entering the state, no one can predict his future need to use an RUP.