After licking his wounds for a couple of weeks following his dismal Primary showing, Kauai Councilman Gary Hooser has emerged to announce: “Reports of my death have been greatly exaggerated.”

Actually, no one reported that Hooser is politically dead. We just observed that he's circling the drain. As is the inevitable fate of every failed politician. 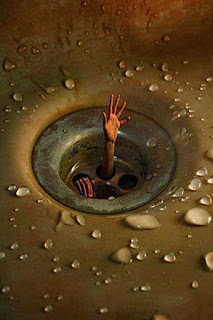 In surfacing, Hooser relies upon his usual double-pronged strategy: beg and blame.

I was surprised and disappointed more Kaua’i residents who share our values, goals and vision for Kauai’s future did not show up to vote on August 13th.

Uh, Gary, did you ever stop to think that's all there is? That the measly 5,035 votes cast for you — half the number Derek Kawakami received — represent the extent of your support?

Heck, just look at the precinct results, and your own campaign contributions. It's evident your base is North Shore haoles. And that's not enough to either win the election, or claim that you represent the people of Kauai.

Yet Hooser blames others — “the agrochemical industry and large landowner/developers” — for his pathetic showing, again falsely claiming that his enemies are running a slate of “Super 6.”

No, Gary, you're the only one who had a slate — your Kuleana Academy candidates, remember? And aside from that lyin' Big Island Council candidate Jen Ruggles, they all did as poorly as you, across the entire state.

Which is a strong signal that disgust with you personally, and disenchantment over your regressively “progressive values,” is deep-seated, and widespread.

Yet Gary — still oblivious to the repellent nature of his smug self-righteousness — clings to the deluded notion that his values are superior:

We must share our vision of the future. We need to contrast our values clearly against those candidates who; while they say they are “for the people” have shown that they inevitably make decisions that put development and profit ahead of people and the environment.

As opposed to, say, candidates like Hooser, who claim they are “for the people,” but inevitably make decisions that put their own egos, their own narrow agenda, their own nonprofit fundraising goals, their own grandstanding, ahead of the electorate.

I did have to giggle when Hooser, who supports throwing residential zoning out the window in Lihue, as well as TVRs and B&Bs on ag land, claims to be in favor of “controlled development.”

Or maybe he's refencing development controlled by the gentrifying high-end Realtors, after he's has destroyed viable agriculture on the westside.

And I laughed aloud when Hooser asserted his is a “strong voice” in support of open government.

This from the man whose political advocacy group, HAPA, masquerades as an educational nonprofit; who refuses to disclose HAPA's funding sources; who misses Council meetings to advocate for HAPA's goals, while claiming it's not actually lobbying because he doesn't get paid; whose mob bullied a 3 a.m. Council vote on Bill 2491; who manuevered to get Mason Chock on the Council, solely because he was a guaranteed vote to override the mayor's veto of Bill 2491.

Oh, yeah. Hooser is a real beacon for open government.

After blaming the big bad “other” for his crummy Primary showing, Hooser turns to begging:

Campaign contributions are needed prior to September 1 to restock campaign supplies. 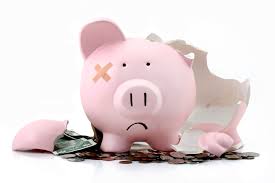 Hooser spent a whopping $62,089 on the Primary — more than any other candidate in the Council race — and he still came in ninth, beating only the unknowns who are running for the very first time.

Never mind that Derek spent $51,323 and got twice the votes. All Hooser needs is more cash to pull it off.

Hey, you go right ahead, Gary. 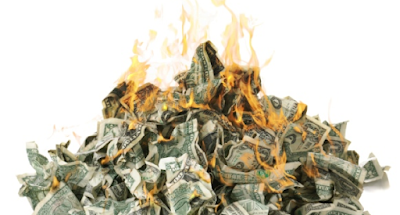 Paste your bumper stickers on cars crawling through the Kapaa traffic that you never addressed when you were in the state Senate: 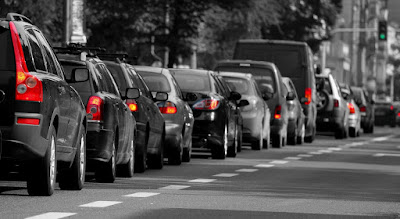 Print more campaign signs that will end up in the landfill: 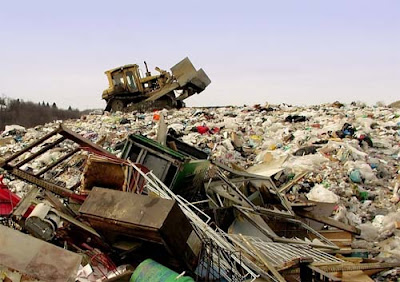 Waste the precious time of your few volunteers who could be doing something useful for the community:

There's no changing the inevitable: 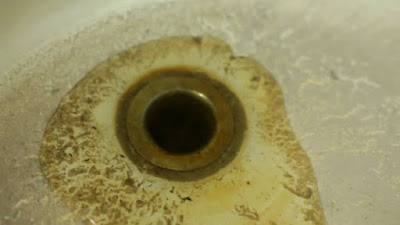 Guess all those sign wavers for all the candidates (a hundred or so for the big ones as election nears) are a bunch of malingerers! "Hey, do something for the community, you wastrels", says Joan!

Please don't put words in my mouth that I didn't, and wouldn't, say.

It was obvious from my post that I was referencing politicians who engage sign-holders for an obviously failed candidacy.

So, only the "winners" deserve to have sign holders. Trump ism at its worst.

seems like Gary doesn't have the support anymore, because of his realtor friends and propensity for development over agriculture.

After watching and listening to Gary Hooser and his allies for the last 8 years, these characteristics are particularly disturbing and make him unfit for office.

His anti-ag focus is myopic and misinformed.

He does not represent Kauai's people.

He does not help our community.

I don't understand how he managed to get even 100 votes.

Made me smile. I love it when you are snarky.

Gary is ineffective. The people has spoken. And even buy some chance that he will win in November, how does he intend to work with the others that he consistently trashes on his blog? He can't work with anyone. But then again, that was never his goal. His goal was to build his resume so that he can promote himself in the world of activism. That's not what council members should do. He is a opportunist, not a public servant.

Yet another peach of a post. Thanks, as always, for the badly needed perspective. And now superb accompanying art (we J-types definitely notice such things).

His political career is going up in smoke. Of course he tried to make that illegal also.

Hooser, Yukimura, and Chock all get flat tire

He is an absolute joke he showed up at the County Fair this past weekend for the first time to participate in the Democratic booth which was made up of all antis except for Kipukai. He has no self conscience to realize he is trying to shut down ag and he shows up because he is feeling the heat. $62,000 and he didn't get the votes he has to realize the people hate him even haoles hate him.

There is not much love from the Ag folks who put on the fair and Mr Hooser.
But at least Gary got to see the thousands of kids and young families that he, Mason and JoAnn are doing their best to keep in high rents and never owning a house.
Perhaps after Gary saw the regular old citizens of Kauai he might realize that housing and jobs are important.
JoAnn, Mason and Gary are more comfortable in the Ag Estate enclaves of their friends. The Farm Fair is a real cross section of the island. The regular ol' folks who are the ones that get shafted by the Hoo-Yuk-Mas triad.
No house, high tax and ride the Bus.
These three take all hope away from the younger families.

You got to admit he got balls for showing up at the Farm Fair when in fact is is no friend of farming, big or small. But it just goes to show you how delusional he is. In the end even his money will dry up, his supporters will not continue to support a candidate who is a obvious a lost cause. Unless they continue to drink the koolaid that Hooiser keeps trying to feed them. In the end the only people who will lose along with Hoosier is those who drank the koolaid. Hoosier is one smart bugga, he's got the his funding sources bamboozled Now I ask you, who really are the stupid ones.

Joan, you seem to use the racially-tinged term "north shore haoles" in a disparaging way.

@6:11 What makes it disparaging other than they're Hooser supporters?

Ah, but south side haole is acceptable?

Ah, August 29, 2016 at 8:38 PM. The Fourteenth District is 60% haole and the island is 35% haole. So, haole, like cows to the No Moo Poo in Mahaulepu People, are more tolerable in lesser concentrations than found in NS Haoles- the NMPIM southern enclave excepted, of course.

Perhaps if included the island is 70 percent Hapas. But these kids are locals. Funny world. Who care local or Haole.....it is the high-nose attitude that decides the perception.."the repellent nature of his smug self-righteousness"---- Da Hoos has morphed into the typical rich NS Haole. He no care. They care only for the groovy Hollywood blessed agendas. Gluten,GMO, Anti-Big everything except for their own power and influence.

There's no "racial tinge" to NS haole. it's only a description of what is.

I just started reading your blog and I just want to say thank you for your perspective. You really opened my eyes on how biased Civil Beat can be and their connections to the Anti Ag people. Thank you for your hard work Joan.

I think just put the final nail in their sad and openly biased coffin .

You rock the free speech Joan!!

You are determined to squelch speech .I'll give you that you Quack.

After that guy , I love John Kauai forever!!! Well till next time anyway Z-man!

Joann getting desperate, writing more letters to TGI. Keep hanging yourself Yoko Ono. Write more please, keep hanging yourself, the locals are sick of your blabber, micromanaging. I'd rather have Lima Ola than your Hanamaulu's all over the place, like your pal Bynum, with the illegal rental, but you voted to give him $500,000 over his stupid lawsuit. Great job, Joann, you complain about Lima Ola, but forget about your own foolish actions. Soon you will be out, no kidding!

Oh yeah, thank you Joann, Mason, and Gary for passing Bill 2491 despite the County Attorney telling you the Bill would be ruled Invalid, which it was. Thank you for telling the public that the Attorney fees would be handled pro-bono too, which it wasn't. A belly full of lies, and the voters are sick of all 3 of you. You, a former Mayor and Gary, former State Senator, getting the Boot in a County Council election, how sad. To have it all and now be so lonely. Go blame the low voter turnout, it's always been low. Blame YOURSELF! You messed up, a lot!

Joan here is an anti-gmo guy from Maui that did pretty well NIKHILANANDA, Nick 63 92.6%

"The Fourteenth District is 60% haole and the island is 35% haole."

You are using the Kauai census data under Caucasian to show your haole data. You have to keep in mind that Portugese families that have been here for a hundred plus years fall under the Caucasian category. District 14 has a huge Portuguese influence. if you remove the Portugese from the Kauai Caucasain Census the mainland Caucasians would be the minority.