I was in New York City when the 9th Circuit Court of Appeals affirmed that the state and federal governments have authority over pesticides and GMO crops in Hawaii.

I raced back to my hotel room and cranked out a blog post, glad that the antis had been smacked down. Then I resumed walking, wondering how people — and dogs, especially — can tolerate the constant commotion, the crowded cement, of urban life. 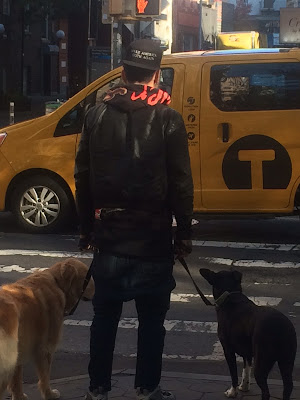 Not to mention the kids, fenced in with a square of grass. 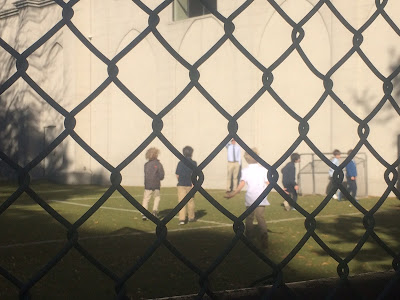 Cities are a place where human creations reign supreme. 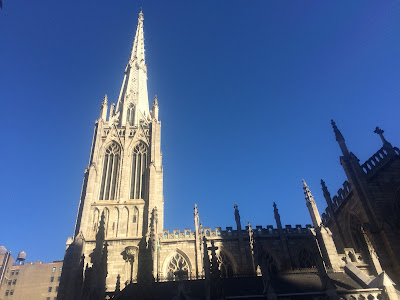 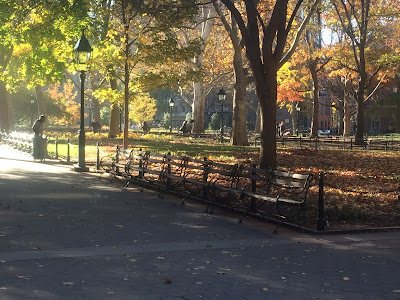 But it can't be entirely controlled. 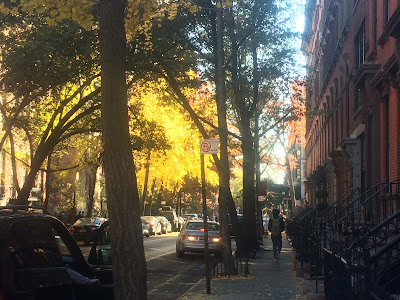 And those were the spectacles that captured my attention, kept me sane amidst the endless rows of restaurants, shops and bars. 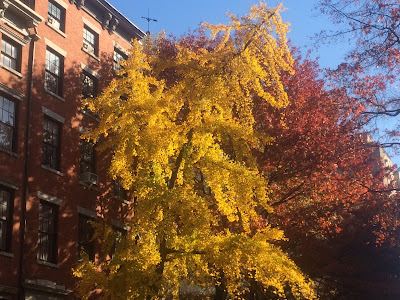 After wandering the streets for hours — and dining on a wonderful root vegetable and mushroom stroganoff at a Ukrainian restaurant (ethnic cuisine is one big city perk!) — I attended an event that featured several of the Cornell Alliance for Science Global Leadership Fellows, who had just completed their 12-week training and were preparing to head home.

They told of growing up hungry, of seeing people in their home countries within Africa, Latin America and Asia struggling to obtain food, lift themselves out of poverty. They talked about their frustration with an anti-GMO movement that is based in the well-fed West and funded by elites — a movement that seeks to dictate what farmers in developing nations should be allowed to grow.

They shared some of the crazy lies that drive the anti-GMO movement — if you eat GMO goods, you'll get veneral diseases, go crazy, die of tumors, offend God. More poignantly, they spoke about the ways that farmers suffer because they're deprived of biotechnology — the devastating crop losses, the crippling debt, the intensive use of pesticides that has left some farmers unable to have sex with their wives, creating serious tensions within their marriages.

It was a moving presentation, informed by their first-hand experiences, their empathy, their driving passion to improve the lives of their countrymen, make the world a better place. And it reminded me again why I work to dispell myths and share the facts about crop biotech.

This was followed by a screening of the documentary “Food Evolution,” which had premiered at the NYC DOC film festival just days before.

As I watched the introduction, with its images of the Hawaii marches and protests, the red shirts and blue shirts, the signs with their simplistic messages, Roseanne Barr advocating papaya field destruction, my breath became rapid and shallow. My heart begin to to pound and my blood began to race as I thought of all the harm they'd caused, the havoc they'd wreaked, the lives they'd disrupted, the expenses they'd racked up for taxpayers to pay.

And for what? An ideology promoted primarily by the organics industry to sell more products, undermine competitors. An ideology based on fear, and false information. An ideology that is, at core, intolerant, even heartless, though it claims to embrace the concepts of aloha.

I don't know how we're going to bridge the divide, de-polarize the debate. It's hard to have reasonable discussions when people can't even agree on facts.

But somehow, we have to try and find the common ground, to understand opposing views, to rely upon science and critical thinking to guide our decisions and policies. We have to dispel the fear and distrust that drives the anti-GMO movement.

Which brings me back to "Food Evolution." As I watched it, and thought about what Hawaii has been through on this issue, I came to see that the debate is essentially this: How do we know what to believe?


“If people knew how to understand and process data, and think about it, we wouldn’t even need this film. When results are repeated and found to be true—that is scientific truth. Laws should be made based on truth. Or that is the end of an informed democracy.”

And that's true for so many issues, not just agriculture.

When the film ended, and I heard the cheers of those who celebrated its message, who understand the important role that this technological tool can play, I found inspiration to go on, to return to the trenches with a lighter, brighter heart — one far more enduring than the foam in a latte cup. 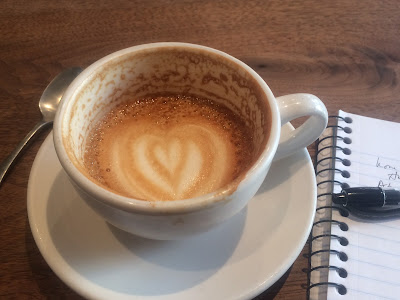 We just have to keep chipping away — standing up, speaking up, advocating for choice,  reason, tolerance, as we address the most pressing issues of our time.
Posted by Joan Conrow at 8:29 AM

"They talked about their frustration with an anti-GMO movement that is based in the well-fed West and funded by elites — a movement that seeks to dictate what farmers in developing nations should be allowed to grow."

And so...I think there is plenty of evidence in their arguments to confirm that the Anti-GMO'ers are racists. "Let Africa starve! Who cares about them? Not us!"

Discerning truth is a lifelong occupation. That we get to different results as we all have our own truths not surprising.that we keep talking is imperative.

Nice post Joan. Nice to read one not laced with sarcasm and hate.

12:18- Condesendingly aggressive post with undertones of sarcasm and hate.

Soon more than half of the people on earth will be living in cities. How ironic that most of the criticism leveled at farmers comes from ubanites who are far removed from the farms that feed them.I don't want to be anywhere close to a city when the food sortages begin.

Let the "Farmers" plant their desire. Leave them alone. Nobody tells you when to piss or shit. The "Farmer" knows what is best for his land.

Cities are a nice place to visit, but I couldn't live there.... Same applies to my father and his brother. I bet they die on the farm...

An interesting reality is modern farming techniques are helping the starving people of Africa become more self-sufficient and in ten years they could be net exporters of agricultural products. This boom in farming will raise their standard of living and that's decreasing their birth rate. All of those factors will ease the suffering of starvation for the entire continent. Their biggest encumbrance to that success is anti's propaganda and misinformation.

Blessings to those who oppose the anti's cause...


An interesting side note, Kofi quit working for Monsanto because their marketing practices were not in the farmer's best interest.

Regarding Africa becoming net exporters of food, I don't see that happening any time soon. From The Guardian about 9 months ago:

"More than 36 million people face hunger across southern and eastern Africa, the United Nations has warned, as swaths of the continent grapple with the worst drought in decades at a time of record high temperatures.

The immediate cause of the drought which has crippled countries from Ethiopia to Zimbabwe is one of the strongest El Niño events ever recorded. It has turned normal weather patterns upside down around the globe, climate scientists say.

But with the world still reeling from record-high temperatures in February, there are fears that the long-term impacts of climate change are also undermining the region’s ability to endure extremes in weather, leaving huge numbers of people vulnerable to hunger and disease."

It's going to take more than "letting farmers do their own thing" to solve this.

@ 10:05 you obviously didn't watch the video of Kofi talking about his demonstration farm (funded by the Gates and Buffet Foundations) and how they are able to over come those challenges. You didn't even skim through the video....

When you have an hour of free time, click on the link (marked "boom"). Switching from slash and burn techniques to mulch farming is preserving the necessary moisture to raise a viable crops. If you don't have time for that: here is a quote from recent
article on Kofi, "The mind boggles when you consider the very idea of millions of smallholder farmers doubling and tripling food production as they adopt these methods."

"I don't know how we're going to bridge the divide, de-polarize the debate. It's hard to have reasonable discussions when people can't even agree on facts"

This statement also fits the political divide in this country.

True 5:37. People love to put unsaid words in people's mouths so they can then berate them.