Musings: For Love of Haloa

Late yesterday afternoon, frazzled and fret from a day’s tedious work, I headed for the hills and rediscovered joy.

Standing out there, in the midst of all that life, my eyes feasting on ohia lehua, hala, uluhe and kukui, my ears filled with birdsong and breeze, I said “I love you” out loud to the world.

It’s a sentiment I’ve expressed often in my backyard taro patch, for which I have a special and abiding affection.

Ever since my friend Ka`imi told me the story, in a Hanalei taro patch, of Haloa, the stillborn offspring of gods that became the first taro plant from whom the Hawaiian people are descended, I’ve seen it as more than just a beautiful, hardy, useful, productive crop.

Ever since he planted the first row of huli behind my house and said, “Now you have an army of Hawaiians guarding you Aunty Joan,” I’ve found it impossible to view it as just as another plant.

We’ve developed a rapport, the kalo and me, as I’ve watched it grow, harvested and eaten it, re-planted the huli and seen it expand from a small army to a force to be reckoned with.

When I got sick, it started ailing, too. When I recovered, it flourished. When I walk among it, it leans toward me. When the moon is bright, it glows silver. When the rain is heavy, fat drops pool in the heart of its leaves.

In a world of remarkable plants, kalo is something special. It’s sacred. Its cultural roots run very, very deep.

That’s why I’m so adamantly opposed to the University of Hawaii’s attempts to genetically modify taro. I happen to believe that all genetic engineering is morally wrong, scientifically dubious, economically motivated and environmentally dangerous.

And when it comes to taro, it’s absolutely unconscionable. Many Hawaiians vehemently oppose it, seeing it as the final co-opting of their culture, and I agree. Taro farmers haven’t asked for it. No current disease problem warrants it. Consumer acceptance of it is doubtful. It’s a bad idea in every way — except for UH, which could make money from selling the patent.

Don’t be fooled by arguments that research should continue “just in case.” It costs a lot of money to develop a genetically engineered plant. Once it’s done, UH will want to sell it and then it will be difficult to keep it out of the taro patch.

If the state and the University truly want to help taro farmers, then they should figure out a way to eradicate the apple snail, take steps to restore water to the streams and put taro lands back into the hands of Hawaiians.

But leave the kalo genome alone.

At 9 a.m. Wednesday, the House committee on agriculture, chaired by Rep. Clift Tsuji, will conduct a hearing on SB 958, which imposes a 10-year moratorium on developing, testing, propagating, cultivating, growing, and raising genetically engineered taro in the State.

Please, take a moment to submit your testimony to SB958writtenonlytaro@capitol.hawaii.gov. They'll be accepting comments up through the end of the hearing. 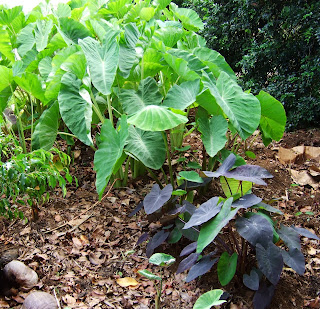 Thank you Joan. I just sent in my written testimony in support of the bill.

Some things are more important than money, and evidence suggests that profit is the motive of the biotech industry.

"Aunty Joan?" You are very respected, but you ain't that old yet!