After a night of much welcome rain, dawn arrived as a band of bold crimson sandwiched in between layers of gray. It didn’t feel like a day for rushing, so I let Koko sniff to her heart’s delight as we made our way down the road, which was devoid of cars, save one, but not of bird song and flower fragrance, which were present in abundance.

The sky grew bright and turned everything gold: the light streaming through the trees, the raindrops hanging from leaves, the spider webs strung between branches, the distant cinder cones and Kalepa ridge, which I recalled seeing from the top of the mountain trail the other day.

I was standing amid ohia lehua, with their vibrant red blossoms, one of which I picked because I was really hoping for rain, which made me think that perhaps that legend is tied to the understanding that the forces of nature do, indeed, respond to our acknowledgement and appreciation, which brought to mind the urgings of Kehau Kekua to renew our recognition of nature as a living being, as Native Hawaiians believed, and so do I.

As if in response to these thoughts, I saw a rainbow alight upon the northern end of Kalepa and stay there, where it proceeded to stain the land with all the hues it possessed — aqua, turquoise, deep blue, purple, yellow, among them — until the mountain was transformed into a palette of vibrant color.

I’ve had a several people approach me over the last week and express their concern about the transformation of Kauai People into MidWeek Kauai. The new paper, they have correctly discerned, contains a lot less information about Kauai than the old one, and they’re wondering who is going to print the stories about this island that just aren’t being told.

Their comments are invariably accompanied by story ideas, and they aren’t all investigative pieces or exposes, either, but articles about the people who live here who are trying to do things differently.

And then they’ve asked me: Can’t you start/do something?

Which got me thinking that yes, I could, although time and money are always factors to be considered, but I’m already spending time on this blog, which doesn’t pay me any money, and I’ve been feeling like I want to do something different with Kauai Eclectic, anyway,, so maybe I could shift some of that energy into doing more stories, which I could publish here and then who knows where it might go.

What do you think? 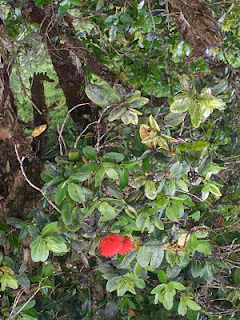 I'd love to hear about the lives of people on Kaua`i, although you already report on this in a number of ways.

Tired of Honolulu based news and tgi is sorely lacking. This is a great idea which I would support. Guest view points or columns from people like Kehau or others in the community would be welcomed. Issues closest to the heart of this community should be the focus. Love your writings Joan. Hope to see more from you.

You should do what your heart leads you to do.

The blog maybe passe' Too many self indulgent egos expressing their mind in words can be stressful and do people's comments really make a difference to anyone else sharing a different point of view or opinion?

You are evolving to the "next" level. Be happy

Great idea, Joan! Perhaps a separate site from KauaiEclectic. Your writing, your photos -- your eyes on Kauai's people. Some pieces essays, others purely quotations. Some poetry and prose, others pictures with scant captions.

As drbwavevet said, "You should do what your heart leads you to do."

To which I would only add, "when and where."

I would definitely consider advertising on your online newspaper, if that should happen. Good luck in whatever you decide.

1 - develop a business
2 - develop a realtionship with an accountant.
3 - work hard, there is room for a seperate reporting agency

people there would want you to write about them?

are you sure that people would want you to write about them?

Mahalo, readers, for your comments and suggestions. I will ponder this for a while and see what emerges.

I used to seek out your articles in Kauai People and generally enjoy the weekly read. The Midweek is so blah....so blah.....I hope for some investors to come forward that could fund a print news with your articles. Online is great, but I LOVE settling down with a paper in my hand! :)

What about a hui, maybe other writers/bloggers from Kauai or other islands?