Musings: On a Few Things

For today, I'd like to direct you to Luke Evslin's wonderful blog, Ka Wae, where he discusses the challenges of fulfilling Gandhi's admonition to “be the change that you wish to see in the world” and gets real about “Off-grid hypocrisy” and “The journey to sustainability. Whatever that means.”

His post does a beautiful job of skewering the sanctimony that so frequently accompanies discussions about sustainability and environmental degradation, as if we aren't all — every single one of us, and don't pretend otherwise — contributing to the decline.

I especially liked this:

As I wait for my coffee to boil, I give one last glance at my completed absentee ballot, and then stuff it in its envelope.  Voting for change, but knowing none is possible.

Sorry, folks, but no real change is possible through the ballot box or our perverted, dysfunctional political system, though I don't want to dissuade anyone from voting against Abercrombie and for candidates who have a chance of ousting a few Council incumbents who really should not be returned for yet another term.

What made far more sense to me was a saying I spotted somewhere, and will paraphrase here:

If you want to change the world, find something about yourself that needs fixing and start there.

The world is the sum of its many parts, the product of our imagination. We can change it, but only by changing ourselves, and most especially what we believe and think. Because thoughts become actions, and it all goes from there. 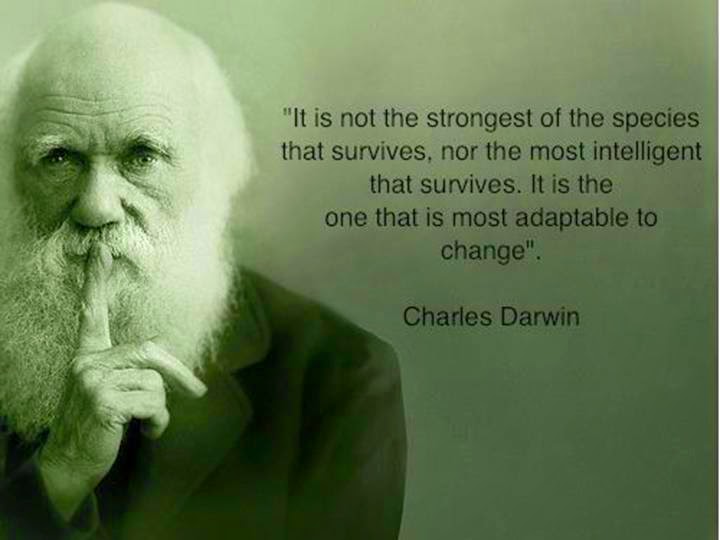 Speaking of dysfunctional political systems, I was finally able to get on the campaign spending website and check out Rep. Jimmy Tokioka's delayed contributions report for the first half of this year. Interestingly, most of his donations came from off-island sources.

And finally, since someone asked, I did a public records request and learned that Councilmen Tim Bynum and Gary Hooser billed the county for $206.20 and $200.20, respectively, for airfare so they could attend the July 26 court hearing on Ordinance 960 in Honolulu.


They were the only Councilmembers to attend, missing part of a Council meeting — including a vote on a bill that Tim introduced — to be there.

What do you think? Should the taxpayers foot the bill for this clearly non-essential travel?
Posted by Joan Conrow at 9:24 AM

You want to talk about non-essential travel try looking into the travel budgets and rationale for such state entities as the DOE and DOH. Those "workshops" sure fund a lot of junkets to Ala Moana. I'm sure others are playing the same game.

No, I don't think the council members needed to go, the attorneys they hired were there. They should have paid for it themselves.

Kauai people have always adapted to change. From Plantation to Tourism, from true camp neighborhoods to high priced rentals and the Yukimura push to get these Locals into government apartments.
It is easy to be an "environmentalist" when you have rich parents or wealth.
Now we are in real change. Where transplanted wealth and the elitist attitudes that are held by these transplants, are eroding the fabric of what Kauai has always been.
An island where people may disagree, but always come together in the end. People who care about their families, friends and neighbors. Kokua.
It has always been about the people.
The new way of the Council and their many friends. "We got here awhile ago, we have money, we don't care about jobs, housing or education. We care about dogs, birds and organic farms. The local people can clean my yard, work on my car and add a little color to my lifestyle. But the Locals have to understand, we will change the island to what we feel is correct. We have a couple of smart manipulators on the Council who can swing votes. We have changed the conversation in politics away from Good for the People issues and focused purely on environmental issues. We don't care if our environmental pursuits are scientifically based, because we have the emotional barrage of clean air and clean water on our side"
Get used to it folks.
There are only two Council members who care about the Locals. Mel Rapozo and Ross Kagawa. Mel and Ross understand that families need jobs, schools and houses. They understand that people should come first. They understand that we all live here together and we are ALL equal.
Mason Chock, Gary Hooser and Tim Bynum are in the uncalloused smooth hands of the wealthy.
Time to vote.

It's time to vote for Council Members who are Good for the people.

Thanks for highlighting Luke's insightful and intelligent blog. He's a real asset to our community. And thanks for your work too, Joan. The silent majority on this island appreciates the reasoned and nuanced approach the both of you generally espouse in your work.

I wonder, in the hierarchy of council members expense account approval process, who has to approve the reimbursement for that travel?

And, I am sure this not being the first trip, who has approved other "questionable" travel and entertainment reimbursements?

Mel is dirty rotten to his core. He is corrupt and Kagawa; geez I thought we got rid of Chang flunkie. He is even worst. Chock is a GOBAG slave. The rest of the council is not good for Kauai or it's people. They have proven themselves to be Blood sucking Ticks over and over again and again.

Sorry 7:08, we like Mel best and respect Ross for his stand against bullshit.

Mel and Ross are probably the only two council members who actualy vote with a conscience. The other 5 will vote in unison to protect their asses by being in a crowd and avoiding individual detection. True worthless politicians. When did Joanne or Jay ever stand on their own two feet. When did Gary or Tim ever make any sense. As for Chock, that's another story. We need strength on the council and Mel is probably the most encouraging. Ross is also developing into a fine Council Memeber. Just thinking out loud!

@3:27
I take it that you are related to Laranio? Otherwise I do not understand your list. You might was well vote for Felicia Cowden!

@ 3:27 pm
Your lineup is much better than what we have now.
Two good optional players would be Brun and Kato.

don't be silly, vote for Billy!

Joan please explain why you are not looking into claims made by Linda Yoshiro in letter to editor TGI last week?
Thank you for helping us all be better informed.

Do you mean Linda Oshiro? I don't have nearly enough time to follow up on every letter to the editor and I think it's rather unrealistic to expect that I would.

So if Perry, Kagawa, Rapozo, Kualii are on Kauai's County council, what can we expect? What are they going to do for Kauai? What are they going to do for us? I don't know what their platforms are. Will they find ways to protect the aina and the citizens? Will they get a new landfill, cut back on our water, sewer, garbage pickup fees, lower our real estate taxes,vehicle tax, provide more excess to beaches, mountains. Will they insist that the biotech industry pay more for the land they lease,(our bill for 1/2 an acre with a 75 year old, unused house and unused land is $2,300--Pioneer pays $4000 for the land they grow crops on--our annual income is $75,000--Pioneer makes millions) make sure they have buffer zones, etc. So if we vote for these people, what can we expect?

11:26, I suppose the $4,000 for taxes paid by Pioneer comes from bushwa laid out on the Council floor by some not exactly disinterested people. Pioneer paid $ 15,193.58 for FY 113 (number comes from the online county tax records) just for the 18 acres on the river leased for their offices, warehouses and some crops. That's not their entire tax bill for other land leased and farmed. Took me 2 minutes to find this information, so you turkeys should do a little personal research before you tar and feather anyone because you are too damned lazy to do anything more than to mouth a CFS-HooBy party line. If the people you named are elected, we sure as hell will not get more of the same one-trick pony crap of the last year and that would be an improvement.

Billy DeCosta is a joke bragging about himself. He was never a leader just a joke. His wife should run.


With all due respect Joan the Yoshiro letter is exactly what you should be looking into. This person was brave enough to expose themselves & gave details & insight & possibly facts to support mine & many's fears about these farming experiments collateral damage.

The claims made in the Oshiro letter are not new and can't be substantiated or linked to the chem companies without some sort of epidemiological study, which is beyond the scope of my resources and expertise. I suggest you ask your state representative(s) to push the DOH to update the birth defects and cancer registries.

With all due respect to the last commentary, why don't you research and let us know what you are talking about. Why ask Joan to investigate what you are interested in? Obviously, she has enuf on her plate investigating what she is interested in. And I like that Joan's writing is not fear based.

Gary Hooser is on Face Book urging his minions to "hurry up and vote for me" before the hurricane hits!!!! Sounds like a desperate opportunist to me. He should be worried. He's also on Facebook talking about lowering taxes and confusing everyone into believing he had nothing to do with raising property taxes. Straight up liar. Look at his actions. Not his lies!

to; 8/3--3:35 pm. We would pay $15,00 for 3 acres! Pioneer pays just about the same amount for 18 acres. I think i got my math correct. No forget, they are a million (or was it billion) dollar corporation. We struggling with our county budget, and personal budgets, why don't they be good neighbors and pay their fair share!

We have enough comedians on the Council!

Re 4:51 pm, if the land you are describing in the lease belongs to the State then the ADC Board is the managing agent. The ADC Board reports to the Gov.