Anti-GMO propaganda frequently came up in conversation while I was traveling in India last spring on assignment for the Cornell Alliance for Science.

It didn't matter whether I was talking with farmers, scientists, politicians, seed dealers, business owners, journalists, taxi drivers or average citizens. They'd all been exposed to it, and rejected its claims, based on their own personal experience with the technology, independent research or a healthy skepticism.

Yet they still marveled, as I did, at how effectively it had influenced politicians and the general public.

It's a topic that's fascinated me since I began watching the same phenomenon unfold in Hawaii, starting with the Vandana Shiva rally back in January 2013. After doing exhaustive research into biotechnology, and the groups that oppose it, my own views on the topic shifted dramatically, and I began chronicling and debunking the anti-GMO movement in the Islands.

So it was with great interest that I interviewed my better-educated, and far more devoted, Indian counterpart — Dr. C. Kameswara Rao. 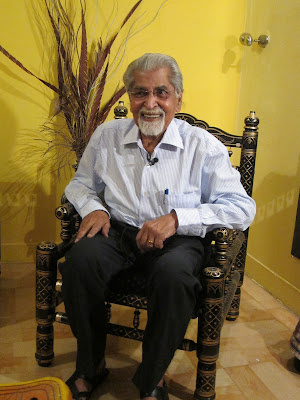 Cornell videographer Jeremy Veverka and I climbed the narrow stairway to his home in Bangalore, a fast-growing small city that can best be described as a swirl of traffic. His house was a quiet respite from the hot pandemonium of the streets. He served us cold mango juice and said we should call him Kam. 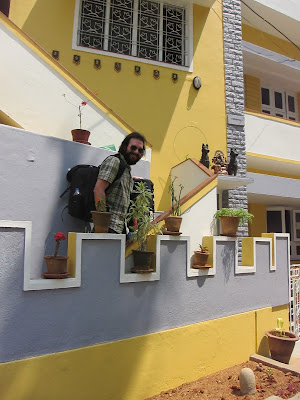 Kam is a retired academic and plant biologist who now spends his days refuting anti-GMO propaganda and writing about biotechnology. He and other Indian scientists started the Foundation for Biotechnology Awareness and Education as a self-funded public service, providing a credible source of information about biotech.

“It is their livelihood, not a calling,” he said. “In fact, all these activists, they are registered lobbyists on European Commission records. Europe is the major funding agency for all these activities here in India.”

He believes the stakes in the GMO battle are high, with anti-biotech activism posing the greatest threat to India's food security.

"It's a question of affordability," he said. "That is the basic issue here. People are hungry because they don't have money to buy the food that is available. Food will become cheaper if your production is more."

I thought of the similar high stakes in Hawaii, not only for the future of agriculture, since seeds are its biggest sector, but for the global seed industry, since the Islands are a hub for international plant breeding. That's the dreaded “research” that Don Heacock referenced ominously in the propaganda film “Aina.” They aren't doing any pesticide experiments here, either. That work is done in confined facilities, on the mainland.

“Over here, we're all about keeping the plants alive,” said Dr. Sarah Styan, a horticulturalist and senior research manager at the Dupont Pioneer facilities in Hawaii.

That's because plant breeders around the world are awaiting the timely arrival of healthy seeds, for which they pay handsomely.

I'll be writing more about what I learned by visiting the Kauai seed operations. I hear a similar invitation was extended to the Sproats, and I hope they and the rest of the Waipa Foundation board will accept. It's quite amazing to contrast reality against the propaganda that's been disseminated so aggressively.

In the meantime, you can read my profile of Dr. Rao here.
Posted by Joan Conrow at 10:20 AM

Now that you have figured out that GMO's are a con.......try manmade global warming

Anti science is anti science, whether it's in the former of "gmo foods are harmful" or "climate change is a hoax".

population rates are out of control over there and other countries. starvation cannot be contained with new breed of singular seed varieties. corn, soy, etc are simple solutions adhered to by multitudes of PhD decorated good guys. of course they want set type of guaranteed growth rates of generic crops to sustain the masses. argue another tangent thats equally relevant. Nothing can save trying to feed the ever growing hordes in india, bangladesh,african countries, etc. I hate the suffering and global lack of solutions to clean water, sanitation, biodiversity,...GMOs are not the god send all are claiming. sure, gigantic firms are reaping mounts of cash producing infertile stock and anti groups spew forth... neither side truly matters while the globe lacks sustainability for any species.

12:18- There is abundance of water, food and shelter for everybody, if the f*ckin' greedy politicians and their BS laws didn't get in the way.


“I like to wear my Aloha Shirt and wave my li'l Fistee and say things like, "Well, I’d better be getting back to the farm. The crop’s not going to grow without my encouragement.” sic
"He was a very inferior farmer when he first begun,… and he is now fast rising from affluence to poverty." S. L. Clemens

The "climate" is constantly changing by definition of "climate". "Climate" is nothing more than statitics. The "human" part has not been prooven Science is Science only when there is proof of the cause and effect of the theory.

Since the late sixties, scientists have been theorizing that increased carbon emissions would trap heat in the atmosphere and cause global warming. The theory is being proven daily.

4:58 PM wrote:
The "climate" is constantly changing by definition of "climate". "Climate" is nothing more than statitics. The "human" part has not been prooven Science is Science only when there is proof of the cause and effect of the theory.

See, kids? This is what happens when you cut class.

Actually the climate models are spectacularly wrong. And the overall sea ice extent is 300K huger than the norm because of the continuing cooling of eastern Antarctica.